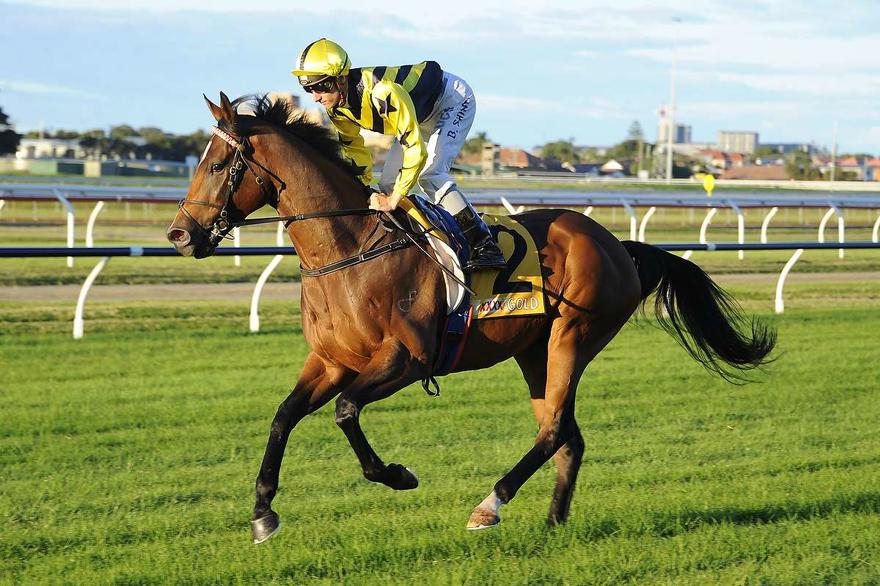 Team Snowden celebrated a winning double at Kembla Grange on July 8 with Assimilate and Level Eight producing the goods with well-timed runs under the guidance of rising star Koby Jennings.

Carrying the red and yellow colours of China Horse Club, impressive two-year-old Sebring colt Assimilate tucked away nicely midfield on the rail before horse and rider peeled out to the centre and stormed through a gap in the home straight for a 0.2 length win over Gresham in the $30,000 2YO maiden event (1200m).

“He copped a bump in the closing stages jjust when he started to gain momentum which could have easily put him off his game, especially this being his first race start, but that didn’t worry him,” said co-trainer Paul Snowden.

“He was only concerned about finishing first past the winning post which is a great sign at this early stage. Prospects look bright.

“It was a great ride by Koby too; he kept his cool and made the right decisions at the right time.”

Hours later, race-favourite Level Eight recorded a third career win in the $30,000 Dapto BenchMark 70 Handicap (1400m). Carrying top weight of 61.5kg, the four-year-old son of High Chaparral settled midfield with cover, peeled wide and chased down the leaders in a grinding effort to the winning line.

“It’s always a big effort to carry top weight and win in a handicap event.

“We’re very proud of Level Eight’s efforts, he left nothing out there. Koby put him in a position where he could have a final crack at them without any interruptions in the run,” added Snowden.