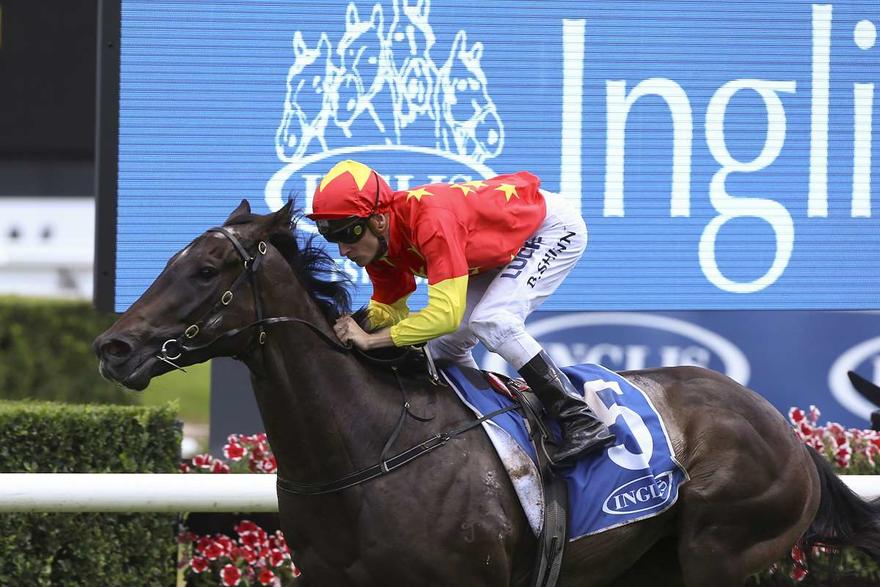 Sparks flew off the heels of Peter and Paul Snowden gelding Calanda as he blazed past the finishing post to claim Ramornie glory in race record time.

It was a line of eight that turned towards home in the $160,000 Listed Grafton District Services Club Ramornie Handicap (1200m) but as a small gap opened inside, jockey Jim Byrne poked his horse's nose through and put the foot down.

A late challenge from topweight The Monstar almost pipped the three-year-old at the post but he just had enough juice to hold on and win by a short head.

The elder of the pair has claimed Ramornie wins in the past with Pinwheel (2010) and Jerezana (2011) but it was a first taste of success for co-trainer Paul Snowden, who was in Grafton to take it all in.

"It is very satisfying for the stable,” Snowden said.

"We have a real good opinion of the horse and he snuck in at the weights.

"It was perfect timing to come up the straight and get the winner.

"There was a bit of speed out there and I haven't watched a slow run Ramornie yet, but to win in a record was very pleasing.”

Snowden said the gelding would now be put out for a spell before returning for the metropolitans in spring.

"Whether he goes to Sydney or to Melbourne for the spring we don't know just yet but he is a handy horse and he is paying his way,” he said. "He is beating older horses at this age and now he has to back it up when he comes back to the track as a four-year-old.

It was a special moment for the Snowden stable as Flippant rounded out the placings.