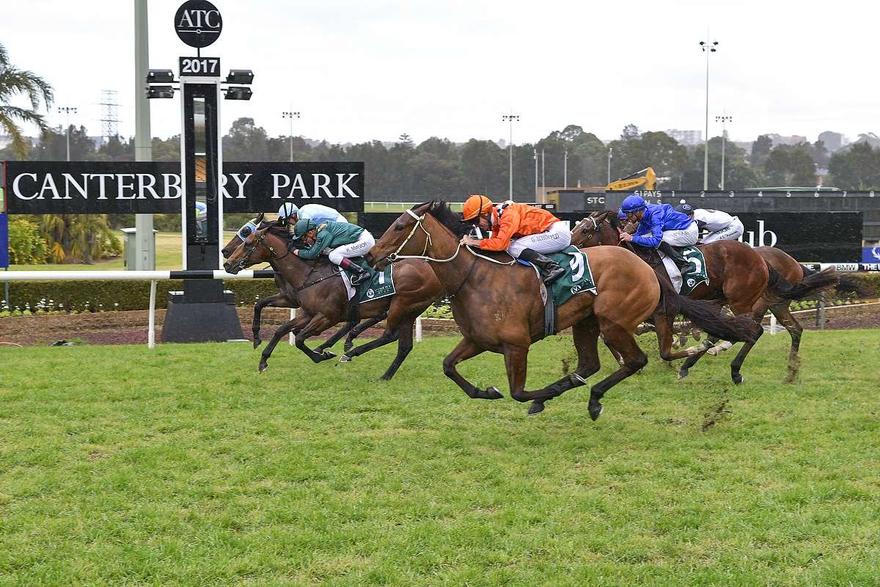 Promising colt Hypnotist has extended his unbeaten record at his metropolitan debut, prevailing in a three-way photo-finish at Canterbury on July 12.

The Peter and Paul Snowden-trained two-year-old reeled in runner-up Uncle Rodriguez ($7) to win Wednesday’s 1550m-race by a half head while All Too Soon ($4.60) was the same margin third.

Peter Snowden was naturally impressed after the $3 favourite added to a brace of wins at Newcastle, his most recent in a Class 1 race.

“Beating the older horses the last time in is always a good sign and what I liked about today is it was a good, gutsy effort,” Snowden said.

“He had to pull out plenty and he kept delivering all the way to the line.

“He’s still very new, very raw. He tends to have a bit of a look around when he starts to hit the front so there’s still more improvement in the horse.”

Snowden said Hypnotist was now likely to head for a spell to prepare for a spring campaign.

“We have to think about what to do with him but I think he’ll have a breather,” he said.

“Then when we bring him back in the early part of the spring, there are some nice races coming up for him.”

Jockey Kerrin McEvoy was also pleased with Hypnotist’s desire to keep plugging away.

“He laboured through the (soft) ground but he’s done a good job. He had to tough it out.”