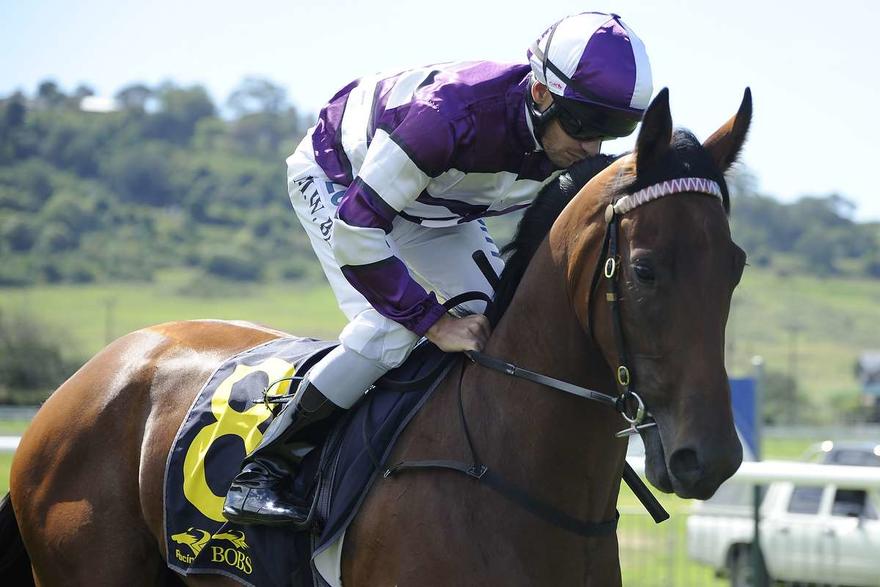 Paul Snowden is predicting a bright future for Missile Coda after the three-year-old filly scored her second win from as many starts at Wyong on Thursday.

Piloted by Kerrin McEvoy over the 1100m sprint, Missile Coda settled on the outside of the leader Seething Jackal before unleashing her run in the home straight, holding off a late challenge from Vincero and Never Out to score by half a length on the line.

It was a nice effort from the filly which hasn’t been seen since winning on debut at Kembla Grange in early April 2016, with Snowden explaining she has had her fair share of issues off the track.

“She has had a lot of problems which have kept her from the races. She won her first start quite well, but has been off the scene for a long time through a few instances of bad luck – getting cast in boxes and stuff like that – so she has done a good job to get back here today and win first up,” said Snowden.

Snowden said the victory affirmed his decision to avoid a mid-week meeting first up with the Debbie Kepitis-owned daughter of Smart Missile out of Rain Melody (Lonhro).

“She could have run at Canterbury on Wednesday but we opted for the soft option to give her a nice day out with the hopes that she’d get it right which she did.

“She has always shown a fair bit of ability which is why we’ve preserved for so long and put a lot of work into her.”

Despite boasting a 100% winning strike rate, Snowden said there is still plenty of improvement in Missile Coda as she now works towards a race in town.

“She has a tendency to get a bit nervous and fractious in the barriers after a bad experience early on so it’s all a learning process with her,” Snowden said.

“She has got a lot of improvement to come both physically and mentally – especially physically because she has been off the scene for so long.

“This run will tighten her up and we can look at something at mid-week level next and take it from there.

“She has always been pretty good at home – she is a great worker and a nice style of mare so I think she’s got a bright future.”

The win continued a big week for Team Snowden, which also took out Wednesday’s Ramornie Handicap at Grafton with Calanda.