​Vetting From South Africa To Sydney 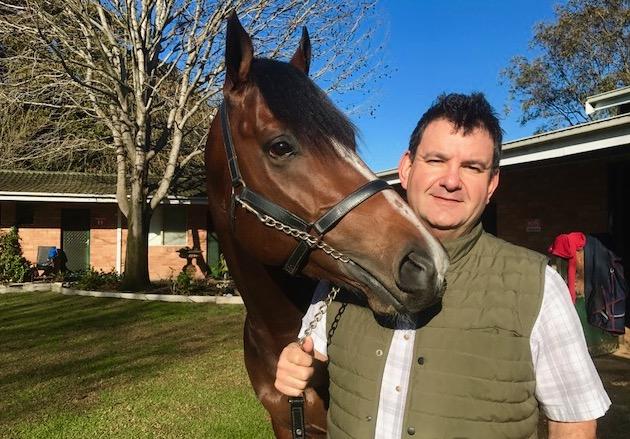 Learn more about our resident veterinarian, Dr Gary Baitz of Centennial Park Veterinary Practice, as he shares his background and journey to Australia.

What’s your background story Gary? I was born in South Africa and grew up on family farm breaking and agistment of thoroughbreds. My parents owned and bred multiple racehorses with varied success. I purchased my first race filly at the age of 13 years and have continued to own horses in South Africa ever since.

I completed my Veterinary degree in Pretoria, South Africa before embarking on a nine month world trip visiting horse racing stables, farms and veterinary practices in Europe, Asia, Australasia and North America before settling in the United Kingdom (unintentionally) in 1992 where after completing 12 months as a veterinary locum, I started my own companion animal practice (household pets, greyhounds and horses including racehorses).

I also practiced as a greyhound racing and equine racing veterinarian in and around Epsom and Sandown areas in Surrey, UK for 23 years.

Why the move to Australia? After selling my practices in 2012, my wife and I decided to immigrate to Australia with our then teenage children, hoping Australia would offer us a wonderful new experience and exciting challenge. And that it has been! We love Australia.

What’s your view on horseracing in South Africa? South African horse racing has always been very dear to my heart, as against the odds, top horses and professionals have played a distinguished role around the world specifically Hong Kong, Singapore and Dubai. The perpetual worldwide fear of the spread of African Horse Sickness has made the export of South African Racehorse fraught with problems but many have performed with distinction on the world stage even after being in quarantine for up to six months. Likewise, due to the somewhat unique manner in which jockeys, trainers and other professionals are trained in South Africa, those lucky enough to apply their trade in the international arena have managed to achieve great successes. Furthermore, since 1990, at the collapse of Apartheid, the South African Horse racing Industry has led the country to ensure inclusion and live Nelson Mandela’s rainbow nation dream.

Who’s your biggest professional influence? Dr Brian Baker, the first veterinarian in South Africa to perform Laryngeal Tie Back and Hobday surgery during the 70’s, had a great influence on me and my passion for equine practice. In South Africa Dr Baker was recognised as a veterinarian who would think outside the box and a man ahead of his time, much in the same way as Dr Percy Sykes. Dr Baker’s equine hospital shared a boundary fence with our family farm and I would spend as much time as I could at the hospital or driving from stable to stable with him or his partner, Dr Jantie du Preez. Much of my understanding, confidence and approach to observing and working with horses was developed as a result of my experiences with Drs Baker and du Preez.

Tell us more about your connection with Centennial Park Veterinary Practice? I currently work with Dr Tim Roberts of Centennial Park Veterinary Practice as the practitioner servicing our Randwick trainers which includes Snowden Racing of course. I met Dr Roberts in South Africa at the age of 16 at the racing stables of Jean Heming where he was the stable veterinarian for the 12-time champion trainer. I lived and worked in the stables and assisted Dr Roberts as much as I could during his visits. Whilst practicing in the United Kingdom sometime later, our association became closer as I assisted him with the selection and pre-purchase examinations of prospective European racehorse purchases. A few months after arriving in Sydney, Dr Roberts convinced me to do a short period of work with him, and 4 years later I continue to practice with Centennial Park Veterinary Practice.