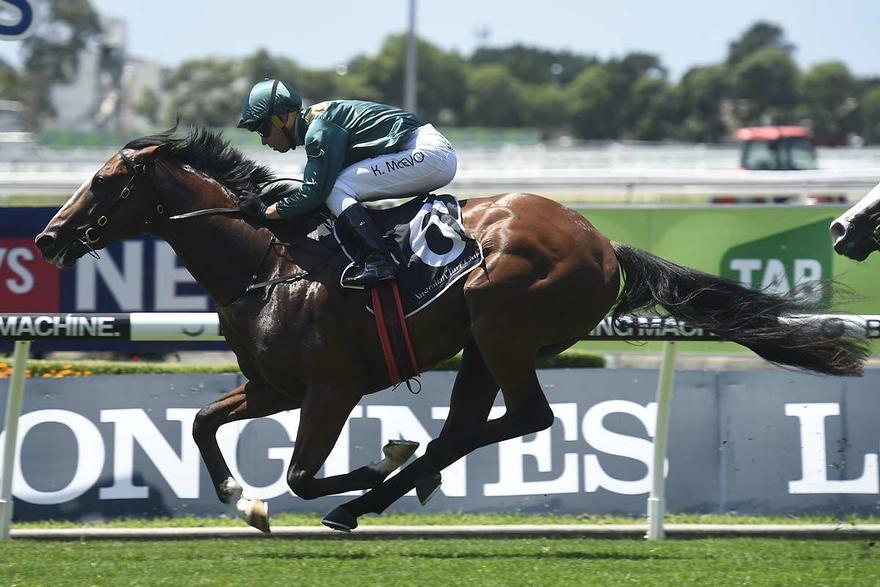 Paul Snowden shares the latest on Snowden Racing’s Group winning stars and how he sees them figuring in the spring.

Trialled really well over the 700m at Randwick this week. He wasn’t out there to break any records, as it’s just about building up his fitness as part of the preparation at the moment. We are still working through our kick off race with him so we’ll know more in two weeks. We don’t have any firm targets with him at the moment although the Caulfield Guineas is naturally a race we are eyeing from afar but we’re not sure whether he’s likely to get the mile at this stage so we’ll assess his performance after each run. It’s all options open. What we do know is that he’s got a fair bit if natural talent and has a lovely action which would suggest he could get further but until we start getting to the bottom of him there’s no telling yet – all options are open. He’s only raced off one preparation but there’s a good feeling about him around the stable.

He’s another one who trialled well earlier this week despite a bungled start. The duffer crossed his legs in the barrier and stumbled coming out; in fact it’s the second time he’s pulled that trick. He did it in the Magic Millions earlier this year and it more or less cost him a minor placing, but I think it’s just him anticipating the start and getting a bit nervous. Now that he’s got his trial out of the way hopefully we won’t see that happen again. He’s done well from the break and grown a bit thicker in the shoulder and around the backside. The Group 1 Golden Rose (1400m) on September 23 is a target race for him and the rest of his preparation will be judged on that performance.

He’s a lovely horse to train and all the staff love him, he’s a real little character who bats well above his average for his petite size. He always greets us in the morning with his neck rug pulled over his ears so it looks like he's wearing a beaning. He's a funny little guy. Heart of a lion.

We’ll be keeping options open with him across the Melbourne and Sydney sprint races which also includes a potential tilt at the $10 million The Everest (1200m) on October 14.

As we all know, he’s been racing fiercely in the middle stages of his races so we’re desperate to try and arrest that. Whether we let him roll forward within himself before restraining him, I’m not sure, we’ll be guided by his trials to see what works better. Hopefully it’s a maturity thing. He’ll resume over the shorter trip of 1000 or 1100 metres, and we’ll take it from there. He’s a super lovely horse to train and handle at home. We just hope he can bring his A game this spring as he's very talented.

He never runs a bad race and really did us and his Triple Crown owners proud in Queensland. Like Russian, we’ll keep all options open with Red - which also includes The Everest because he deserves a spot. The way we are attacking it, is that our horses need to come back from their spell and be in good form before lining up in such a high profile race, or any valuable race for that matter so if both horses are running well enough, they’ll have their chance in The Everest.