​Assimilate Gets The Edge 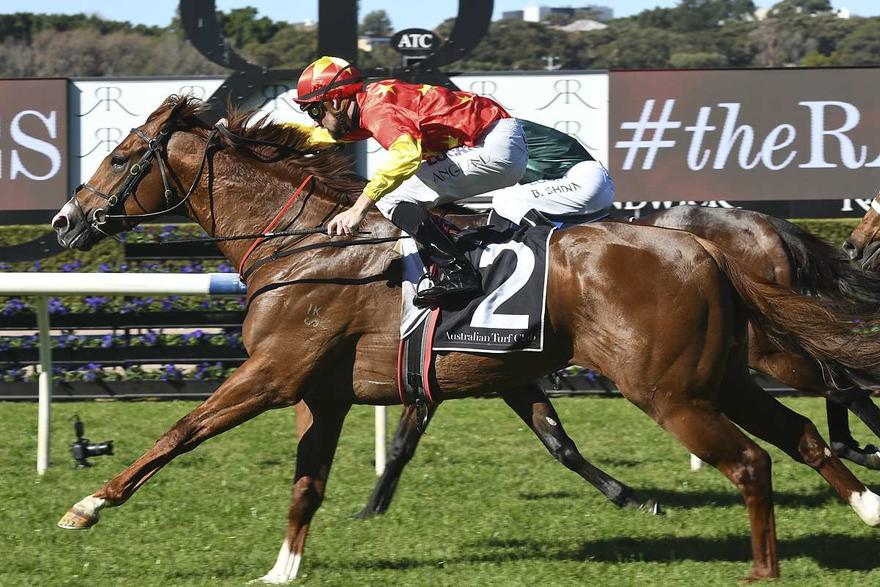 Peter and Paul Snowden believe they have a couple of horses of the future after a head separated quality two year-old colts Assimilate (Sebring) and Dracarys (Snitzel) in the open juvenile event at Randwick on Saturday.

A winner on debut at Kembla at the start of the month, Assimilate held a narrow margin over stablemate Dracarys, who was resuming from a spell.

"It was a really good effort," Paul Snowden said, who trains in partnership with his father Peter.

"We sent him to Kembla on purpose the other week, he's just very new in himself – he's very raw.

"His work before he won at Kembla was very satisfying, it was indicating he was going the right way as far as his mental mindset and he won accordingly. He's backed it up here with another solid win yet again."

Snowden indicated both colts appear to have bright futures ahead.

"Hopefully they will go all the way. No doubt Dracarys fits that criteria as does Assimilate.

"As we get them up to a little bit further they will certainly come into their own. At the moment they are doing the job, ticking the box and heading the right way."

The rider of Assimilate, Tye Angland echoed the thoughts of Snowden.

"I would actually like to see him up over 1400m because both starts they have had him off the bit pretty much the whole race," Angland said.

"Just the way he let go late was impressive but I think if he could travel into it over 1400m he'll show an even better turn of foot."

Asked which of the pair had the most potential, Snowden found it hard to separate the colts.

"The telling factor there was Assimilate had a run under his belt, that's all it is."

"Assimilate is probably still six months away, I can see both horses in the autumn next year."

He is the second winner for stakes-winning Commands mare Jester's Girl, whose Zoustar yearling filly sold for Edinburgh Park at Magic Millions this year for $260,000 to Paul Moroney Bloodstock.