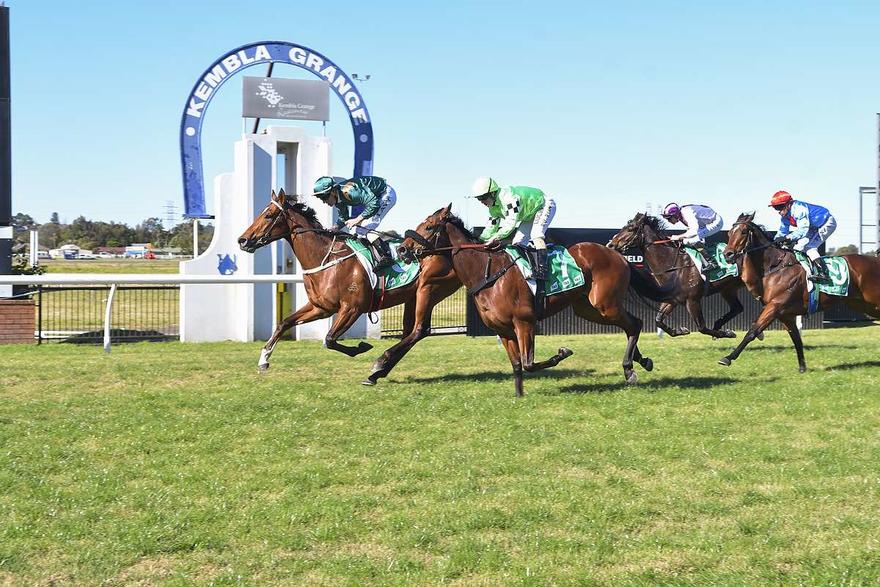 Racing in the green and gold colours of James Harron Bloodstock, Severence broke through for an impressive win in the $30,000 As White Global CG&E Maiden Handicap (1400m) at Kembla Grange on July 22.

Following a slow get away, Severence and Adrian Layt settled just worse than mid field before pulling out three-wide at the 600 metres mark to stride in to contest. The pair gained full momentum down the outside of the home straight to hold off a fast finishing Robbery for a dominant half-length victory.

“Ears pricked, he really enjoyed that win. He did star gaze a little bit when he hit the front in the closing stages but fought back again once he sensed the other horse coming at him which was terrific,” explained co-trainer Paul Snowden.

“There’s a lot of natural improvement to come, and he’ll take a lot of confidence away from that win.”

Pleased with the win, Adrian Layt concurred with Snowden, "He's a nice horse, he wanted to star gaze when he hit the front."

By Redoute's Choice out of Hussta La Vista, the lightly-raced two-year-old colt has won and placed third from just four starts for over $30,000 in prizemoney.