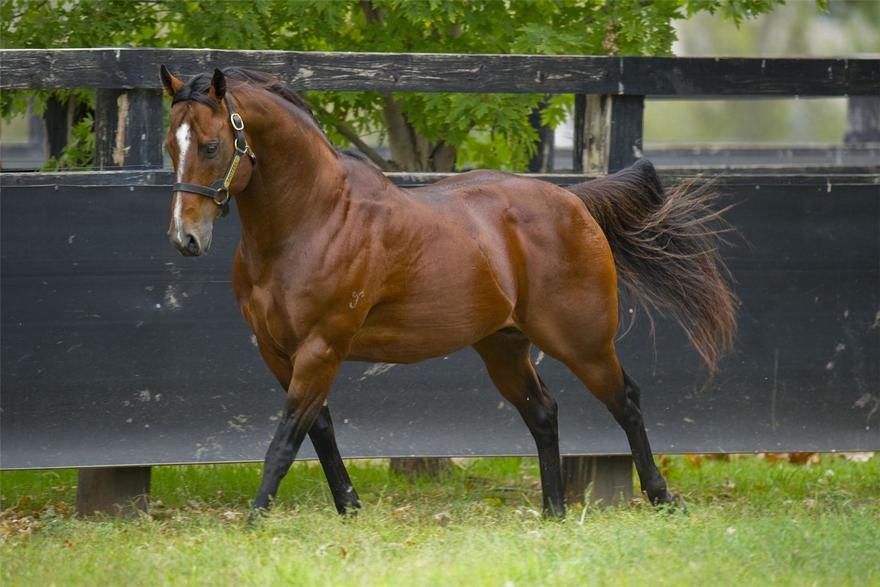 Peter & Paul Snowden didn’t need to wait for 31 July to celebrate Snitzel’s first stallion Premiership. They were celebrating all season long as the trainers of five of his stakeswinners, including three of his five Group 1 winners in 2016/17.

“The three Group 1 wins are the obvious highlights. Russian Revolution’s Galaxy was an extremely tough win, beating the older horses. It was one of the bright moments of the year.”

“Invader’s Sires’ win was very special. He’s a stable favourite, the little engine that could, he danced every dance.”

5YO Redzel became Snitzel’s leading earner for the season when he took out the Doomben 10,000 G1 on 13 May.

“That was great, all the guys love him, nothing was going to get past Redzel that day. He had a meteoric rise after Peter and Paul found the key to him, and just let him run.

“Redzel’s Group One was a very satisfying result for Triple Crown who were early fans of Snitzel with Hot Snitzel and Flying Snitzel. They’re a perfect example of why syndication works, getting people into well-bred horses at affordable prices so they can compete against the richest owners and have a chance to win.”

Detective, who won a Flemington Listed Race last Spring, has been sold to Hong Kong, but Snitzel’s final stakeswinner of the season, Calanda will be seen this Spring, after a brief break. “He’s a beautiful, quiet horse who enjoys his racing.”

Beirs is clear about what makes Snitzel’s progeny so successful.

“They’re just nice horses to be around, there’s no fuss with them, they eat, sleep and do their work. And they’re really sound and durable, which is so important for Australian racing.“

The Snowden stable has a “whole heap of Snitzels” among their just-turned 2YOs including a quartet of nice colts out of Ultimate Fever (by Gold Fever), Quench The Thirst (by Encosta de Lago), Good Weekend (by Hussonet) and Bondi Blonde (by Red Ransom).

Beirs says of the Quench The Thirst colt, now named Munich, “I really like him, he’s very tractable, and looks a very natural type of athlete, not huge but very strong.”

Other Snowden stars now in Hong Kong are Inglis 3YO Guineas (R ) LR winner France (by Redoute’s Choice) and Todman S. G2 winner Gunnison (by Not A Single Doubt), whose Snitzel three-quarter sister is among the stable’s new 2YOs.

Also in the Snowden kindergarten are three Not A Single Doubt colts – one from Imoto, bought by James Harron, one from Golden Edict (now named Legislation), bought by the Newgate/China Horse Club partnership, and the More Stories colt for Triple Crown Syndications.

Redoute’s Choice keeps a significant presence in the stable too, thanks to last season’s highly rated juvenile Pariah, whose ownership now includes Arrowfield and Pinecliff Racing, Pariah’s $2.5 million 2YO brother, and the $1.3 million colt out of Ballet Blue.

Kia Ora Stud’s 5YO mare Ravi (Redoute’s Choice-Mambo In Freeport), winner of the BRC Just Now S. LR and twice Group-placed in 2016/17, has stayed in training with the aim of adding more black type to her pedigree page.

Jackson Beirs says, “It was a toss-up whether to retire her or not, but she drew a succession of bad gates last season and was very unlucky to only win one stakes race. She has that lovely Redoute’s Choice quality and has furnished into a beautiful mare.”

Given the progress with maturity made by Redoute’s Choice mares such as Abidewithme, Bonaria, Dystopia, Girl Gone Rockin’, She’s Clean and Sister Madly, Ravi joins the long list of Snowden-trained performers to watch this Spring.