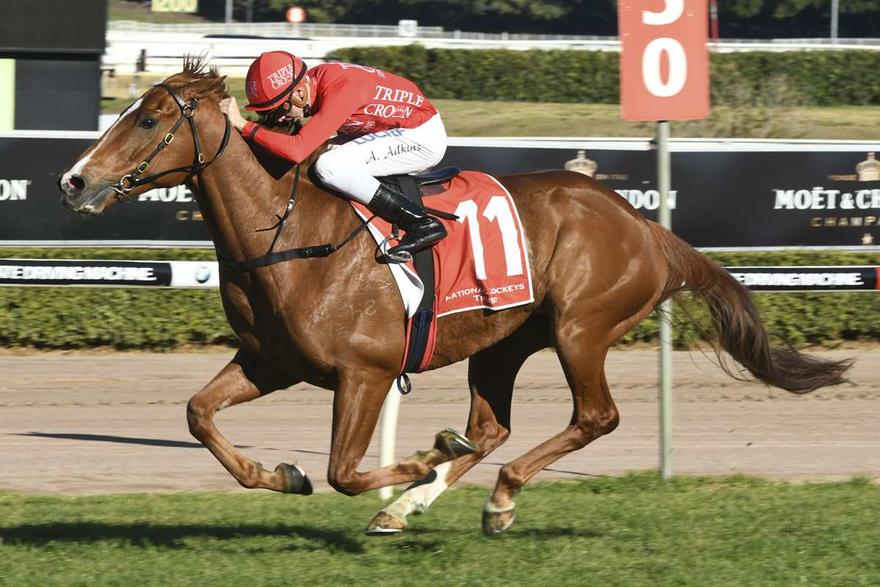 Lightly-weighted Steyne made the most of his enviable impost when landing the $100,000, ATC Jockey Celebration Day Handicap (1600m) with a polished display at Randwick on August 5.

Carrying just 51.5kg in a handicap with a ceiling of 59kg, Steyne was always well positioned in striking range of the leaders during the middle-section of the contest before being presented for his winning effort shortly after turning for home.

Such was the speed at which he answered to the urgings of apprentice rider Andrew Adkins, Steyne hit the lead with well over 300 metres race and was always finding enough to maintain a two-length advantage the majority of the way down the straight.

The $3.30 favourite of the event, Steyne officially scored by two lengths from Admiral Jello for Triple Crown.

Paul Snowden remarked that the progressive son of Snitzel received a welcome change of luck from his previous outing when finishing a disappointing sixth of 13 in a Benchmark 85.

“Good to see him bounce back from the other day,” stated Snowden. “He needs to build, he’s a momentum horse. He’s won all his races that way.

“I think Andrew [Adkins] summed it up really well. He was a little bit slow to jump, but he found the spot where we were going to get to anyway, and he let the horse do the rest.”

Steyne’s race record now reads five wins and one second from eight career starts, though Snowden suggested it could actually have been better still with a bit more luck.

“There’s every bit of an argument to say he should be undefeated,” claimed Snowden.

“The races he’s been beaten in there’s been excuses. He’s a handy horse going through the grades and he’s very honest. He’s a winner!”