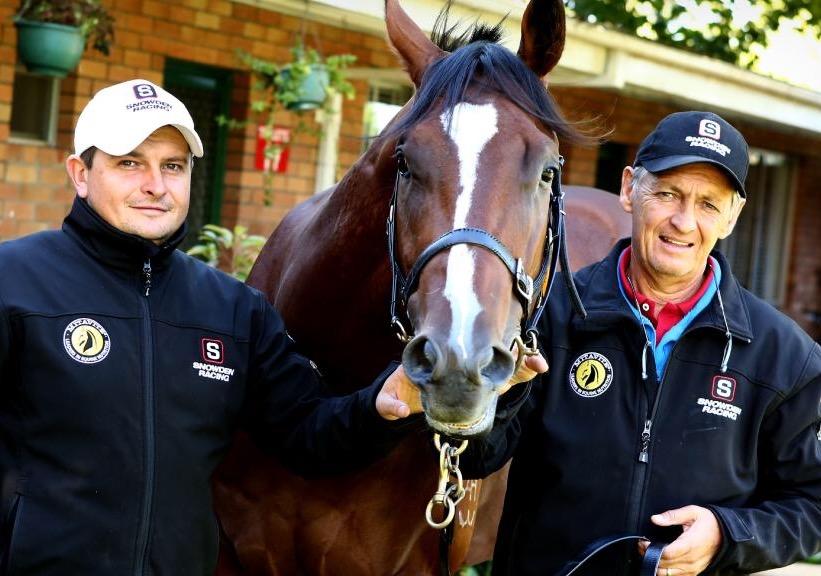 Flemington will be a new base for one of Australia's finest training partnerships with Peter Snowden confirming that he and his son Paul are in the process of taking up 30 boxes at Headquarters.

Snowden horses won more than $12 million in prizemoney last season and Peter Snowden said having a satellite stable in Melbourne would complement their extensive Randwick training business and open new opportunities for their owners.

"We're in the process now," Snowden confirmed. "There are 30 (boxes) but I won't use all of them at the present. I will just wait a while and see how things work out.

"But I definitely want a satellite stable in Melbourne for sure. We've got quite a few in work now and it just gives me options. All year round and not just at carnival time."

Of course, the Snowdens are hardly newcomers to Flemington as they ran dual stables out of Sydney and Melbourne when they were the No. 1 trainers for the Godolphin team in Australia.

Snowden said the new stable in Melbourne made sense as the expense of casual visits from Sydney was mounting.

"I do come down quite a bit so it's good to have your own base rather than to stop at other stables," Snowden said.

"It's better to have your own camp there and it's not so hard to move staff and when you are staying there for short stints at a time and you've got to send staff down it gets quite expensive.

"It's better for owners - it cuts down costs - and it's just more effective."

Snowden said the new stable will be up and running for the spring and he is looking to make an immediate impact with the heavily-backed mare Flippant in Saturday's Group 3 Aurie's Star Handicap at Headquarters.

"Her two runs this time in have been good and the only other time she raced down the straight (MSS Security Stakes last Melbourne Cup Day) she raced particularly well so that's the main reason why we are heading back down again this time to see if she can repeat what she did in spring time last year," he said.

Flippant is a five-year-old multiple Stakes winner with earnings of $500,000 and so a decision must be made soon on whether she continues racing this season or begins a new life as a broodmare.

"A lot will depend on what she does at the races on Saturday," Snowden said.

The Snowden team will have a big hand in many of the feature races this spring including the inaugural Everest at Randwick in October. They have Group 1 sprinters Russian Revolution and Redzel up and running and looking to secure a ticket into the $10 million race.

"All good - they will both have another trial those two," Snowden said. "They may resume in the McEwen at Moonee Valley. One will go there and the other will run in The Shorts up here.

"I think their runs in the Moir (Stakes at Moonee Valley) will probably determine whether they run in the Everest.

"They will probably both run in that and then we'll make a decision from there whether we run in The Everest or not.

"It's (Moir Stakes) a Group 1 and it will be a telling race as far as The Everest is concerned."