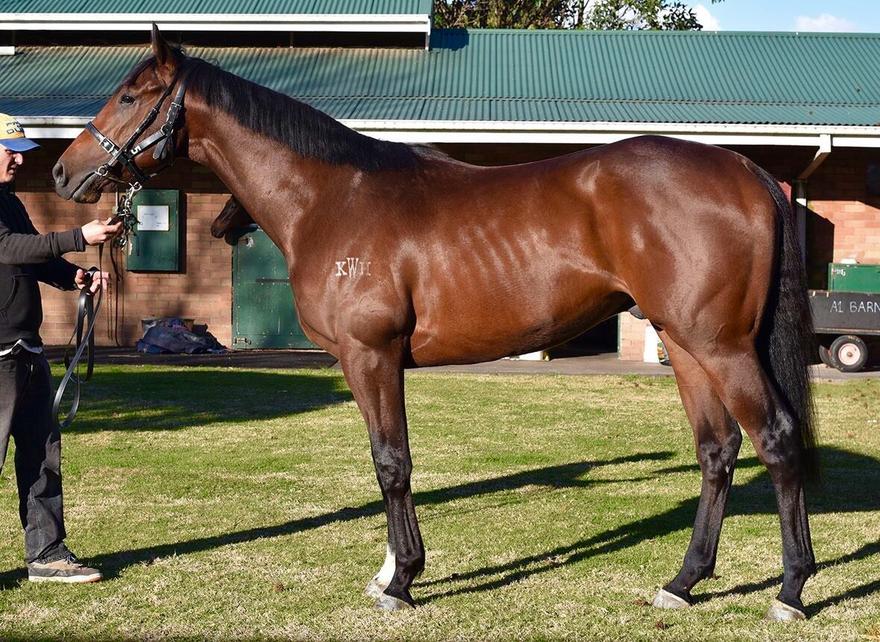 Almighty broke his maiden status with an impressive all-the-way win in the $30,000 Newcastle Cystic Fibrosis Raceday Maiden Plate (1600m) at Newcastle on August 12.

By Exceed and Excel out of Strawberry Field, the well-bred three-year-old colt which started race-favourite took up the running under Koby Jennings, controlled the pace and and never looked back for 1.3 length victory over Speedway.

Racing in the green and gold colours of James Harron Bloodstock, Almighty ran third to spruik colt Siege of Quebec on debut (June 27) over 1250m but has since been stepped up in distance across his four career starts to date which has yielded a win, a second and two third placings.

“He’s a nice horse in the making. We’ll just take our time with him but it was great to see him hit the front and control the race the way he did.

“It was a dominant win, Koby rated him beautifully and I’m sure we’ll be seeing him in the winners’ circle again,” said co-trainer Peter Snowden.