Molten Backs It Up 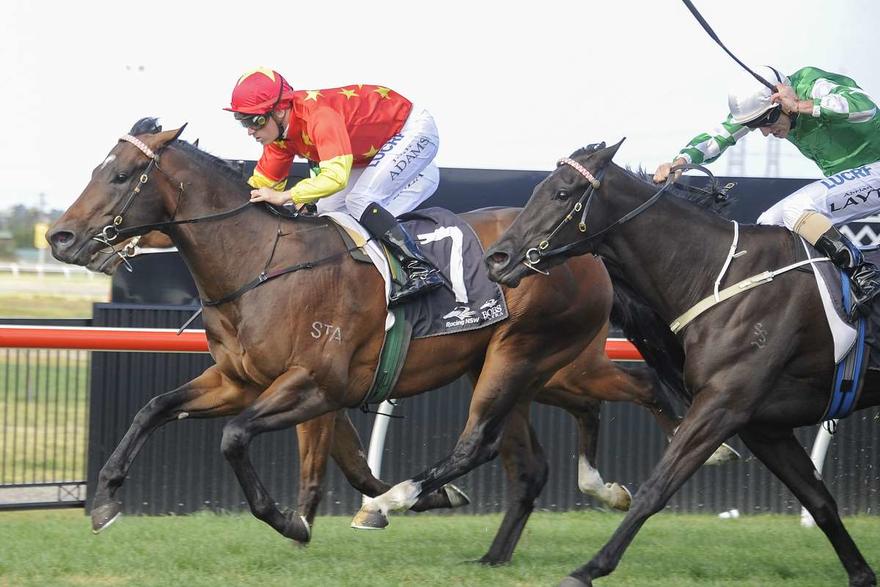 Molten made it back to back wins by taking out the final event at Newcastle on September 5.

Ridden by in-form hoop Kerrin McEvoy who rode a treble on the card, the three-year-old Street Cry colt came across from barrier 8 and led from go to whoa to win the $30,000 C&G Benchmark 65 Handicap (1200m) ahead of race-favourite Floki.

Owned by China Horse Club, Vinery Stud, Barneswood Farm and Winstar Farm, Molten’s victory was the second in as many starts this preparation after breaking his maiden status on resuming a fortnight ago at Kembla Grange.

Co-trainer Paul Snowden said the colt was heading in the right direction.

“Macca rated him perfectly although he did it a little tough today because the second horse was right on his tail the whole time but our guy just dug deep and fought to the line.

“He wanted to win and there’s more to explore.”