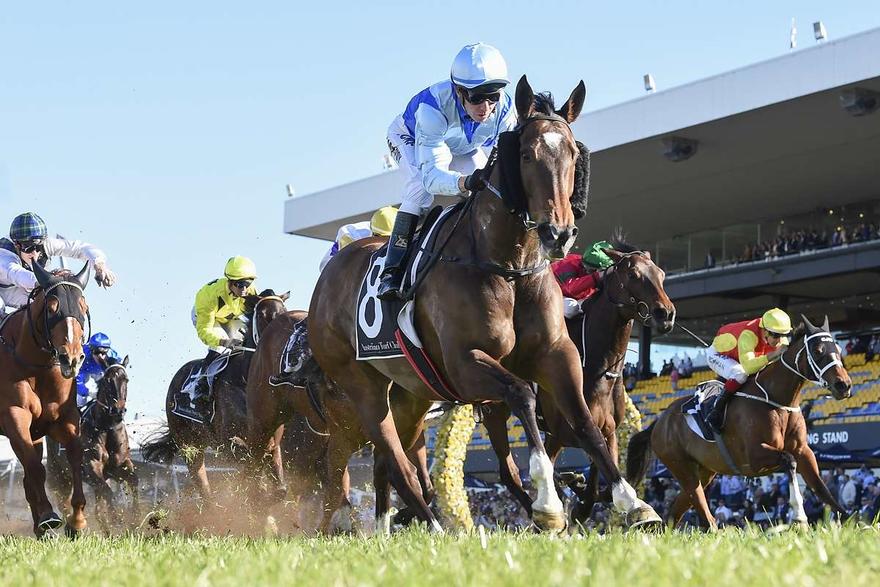 It's been a long and painstaking process but the Peter and Paul Snowden-trained Ravi showed what she was capable of when proving much too good for a quality field in the $150,000 Group 3 Sheraco Stakes (1200m) at Rosehill on Saturday.

The daughter of Redoute's Choice had been her own worst enemy on numerous occasions in the past, missing the start and giving herself too much to do in her races.

"She'd just been fluffing the start, getting out the back and having bad luck," jockey Kerrin McEvoy said. "They were in good races and she wasn't having the rub of the green."

Saturday though was a different story with Ravi the first horse to leave the barriers before finding herself trailing the leaders, easing three deep at the turn and charging clear over the final 200m.

"We wanted to be a bit positive early, she stepped well, looked like she was going to get caught three deep but Kerrin persevered and got into a great spot.

"She travelled really well and there was a lot to like about her last 200m, she was very strong."

Ravi ($7.50) defeated the Ron Weston and John Nisbet-trained Perizada ($17) by two lengths with a nose back to Ron Quinton's Daysee Doom ($7) in third.

Snowden believes seven furlongs will probably pull Ravi up meaning a Myer Classic is an unlikely spring target but there's plenty of options for the mare during the remainder of the spring.

"There's stakes races around everywhere over the next two months here and in Melbourne so hopefully off that we've got a pick of a few to come," he said.

McEvoy added: "She loves spring.She's already won a couple of nice races. She's in great order. I enjoy riding her, I've ridden her a lot and hopefully I can stick on her."

The victory was Ravi's sixth from 15 starts and took her career earnings to more than $400,000