​Revolution Back With A Bang 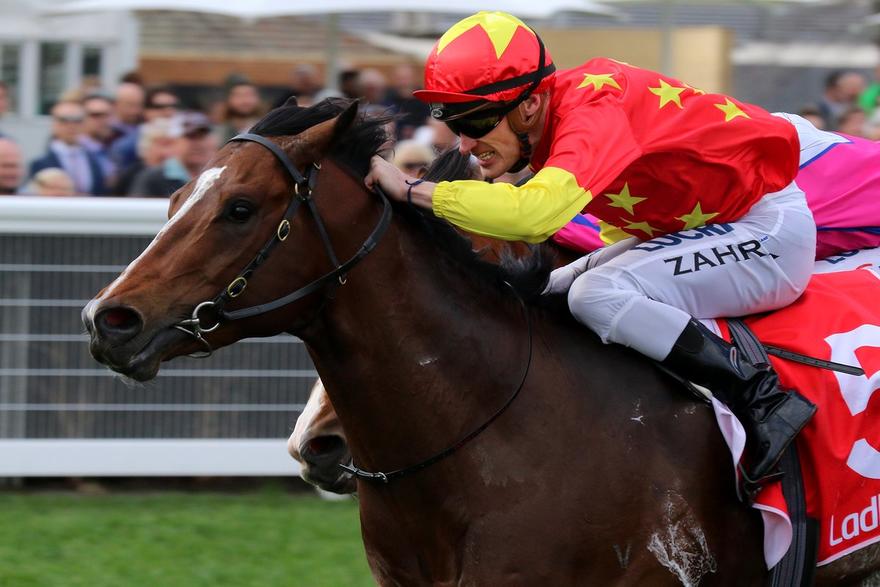 Striking Snitzel colt Russian Revolution stamped himself a star of the future when downing Golden Rose winner Astern and Golden Slipper winner Capitalist in the Group 2 Roman Consul Stakes at Randwick back in October last year and while his old rivals are currently covering their first book of mares, Russian Revolution continues to cover himself in glory on the racetrack.

Winner of the Group 1 The Galaxy at Randwick in March, Russian Revolution went into winter hibernation after finishing fourth in the Group 1 Doomben 10,000 in May.

The Peter and Paul Snowden-trained four-year-old made his seasonal debut in Saturday's $200,000 Group 2 Mitty's McEwen Stakes (1000m) at Moonee Valley, leaving his high-profile syndicate of owners in raptures with a dominant performance.

The first surprise came when the short-priced favourite Houtzen was ridden along by Craig Williams to stay in touch with the early leader Heatherly, while Mark Zahra had Russian Revolution travelling sweetly outside the leader.

When Zahra released the brakes, Russian Revolution came clear to win by a length and a quarter from Heatherly with Houtzen the same distance back in third.

"We targeted this race, it was a bit of a trial for the Moir in a couple of weeks time with him and it was a good indication to see how he would handle it," Paul Snowden said.

"It's a trait of the Snitzels they can come together quite quickly. He just wanted a little bit of time to furnish into the lovely colt he is now.

"His pre-race manners have let him down in the past, we've centered on that in the last couple of preps. He's older now and it was fantastic he got to the gates the way he did and it obviously helps him perform a lot better.

"A spot in the Everest is the ultimate aim and we thought if we brought him down here and showed him off it would help. If we got a place in The Everest the Moir will be a crucial lead-up so we'll just see how things play out."

Russian Revolution advances his record to six wins from nine starts with earnings of $982,225.