Star On The Rise 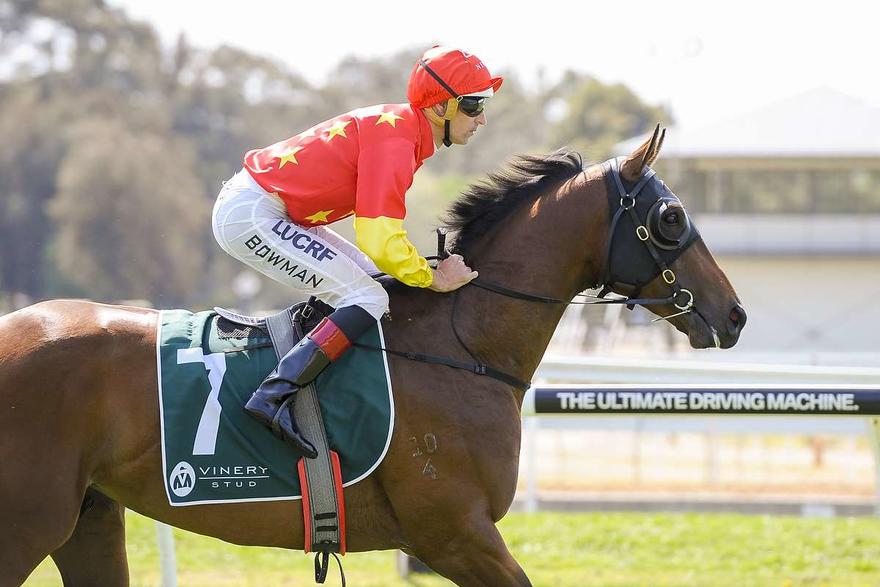 Star Of Africa made an encouraging start to his racing career as the Peter and Paul Snowden-trained colt completed a comfortable victory at Warwick Farm on September 20.

The three-year-old is understandably not yet the finished article, but he still had enough class under Hugh Bowman to win tyhe All Too Hard@Vinery Plate (1100m) by three-quarters of a length.

"We thought a fair bit of this horse. He was a little bit unlucky not to get to the races last preparation," Paul Snowden said.

"It was very good to see him hit the line the way he did."

Snowden said there was plenty of upside to the $300,000 purchase at the Magic Millions sale, but the first priority was to mature.

"He's needs to learn his craft, you've seen him run around a little bit today, Hughie only asked him for an effort in the last hundred or furlong.

"He did everything right to that mark and then he sort of wandered around late. He's put his head up, he's had a bit of a look around but he was still too good," Snowden said.

Star Of Africa ($3.90) held fellow debutant Invincible Gangsta ($31) at bay down the straight while November Man ($9.50) was third a length further back.

Snowden said the $2 million Magic Millions 3YO Classic in January was a long-term goal.

"We're looking for him to be bouncing off this and progress to a more polished performance.

"He's a Magic Millions horse and that's definitely a target for him if he's good enough."