​Half-Brother to Pride of Dubai Bolts In 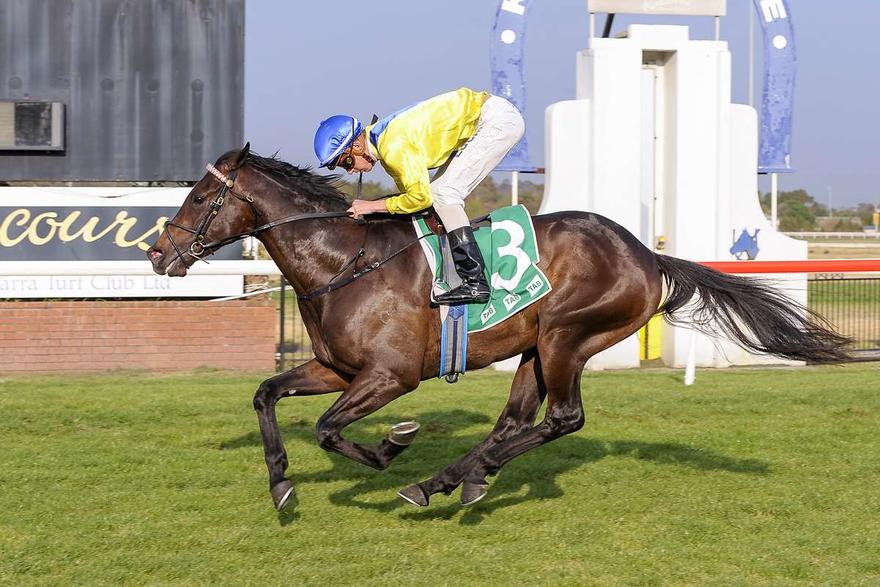 Icon of Dubai, the half-brother to Champion Two-Year-Old Pride of Dubai, bolted in by six lengths like a short-priced favourite should in the $30,000 CG&E Maiden Handicap (1400m) at Kembla Grange to give Team Snowden a winning double.

By High Chaparral out of Al Anood (Danehill), the Sheikh Mohammed Bin Khalifa Al Maktoum bred-and-owned colt raced on-the-pace one off the leader, before letting down beautifully at the 400 metres under Nick Heywood where the pair dashed clear.

Super impressed with the victory, Heywood was full of praise and said the talented three-year-old was still doing it on raw ability.

Trained by Team Snowden, Pride of Dubai won Victoria's richest  and most prestigious two-year-old race, the Group 1 Blue Diamond Stakes (1200m) and the Group 1 ATC Sires Produce Stakes (1400m) in back to back starts as a juvenile.

Earlier in the meeting, Bullet Shot, carrying the red and yellow colours of China Horse Club, resumed with a dominant 2.8 length win ahead of race-favourite Speedway in the $30,000 Class 1 C&G Maiden Plate (2000m).

Close-up in recent trials at Randwick, the Redoute’s Choice three-year-old colt settled perfectly towards the back of the field for Adrian Layt, pulled four-wide turning for home and simply cruised away like a professional for victory at his first attempt over 2000m.

“It was a good win today. He got the distance and dashed well; solid win,” said Layt.