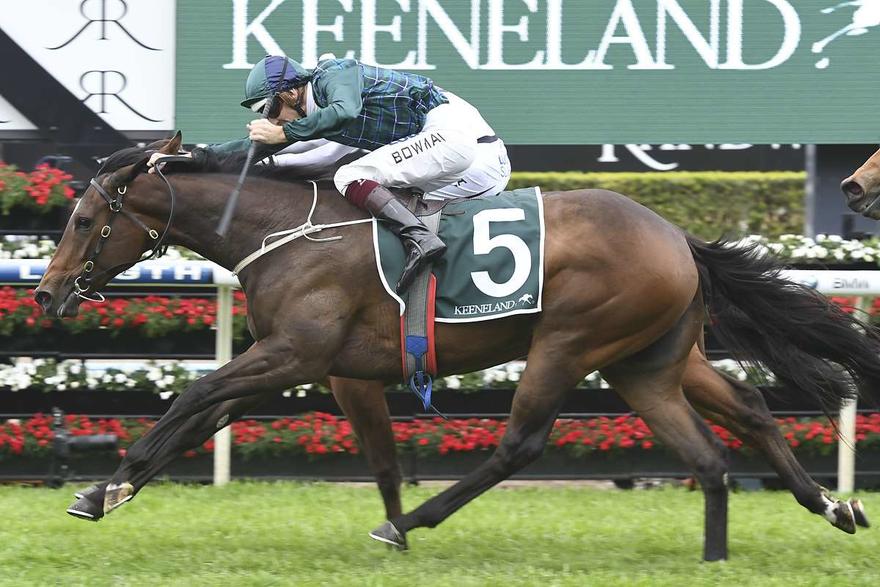 Golden Slipper winner and leading young sire Pierro started his career with victory in the Listed ATC Breeders Plate so it seems only fitting he should sire the winner of the fillies equivalent race, the Listed ATC Gimcrack Stakes  at Randwick on September 30.

A homebred for Mrs Belinda Bateman prepared by Peter and Paul Snowden, Satin Slipper was a winner at the official two-year-old trials and produced the same late rush to snatch a narrow victory in the 1000 metre dash.

Allowed to find her feet by Hugh Bowman, Satin Slipper charged to the line when angled into the clear to claim a head win over Choisir filly Setsuna.

"I was confident with the colt (Performer) as I'd ridden him in a trial, but I wasn't on this filly in the trials, so was not as confident, although I did ride her work during the week," said Bowman.

"1000 metres isn't really her go. I wouldn't be at all surprised to see her get out to a mile in time.

"I won the Silver Slipper on her mother and she's by Pierro, so she has a beautiful pedigree."

Foaled and raised at Newgate Farm for her breeder Mrs Belinda Bateman, Satin Slipper is the first foal of Group I placed Group 2 winner Satin Shoes, who won over $800,000 in prizemoney for Mrs Bateman and her late husband Dr Edmund Bateman.

By Flying Spur from Group 1 winner Star Satire, Satin Shoes has a yearling filly to follow by Medaglia D'Oro (USA) and has foaled this spring producing a filly by Written Tycoon.