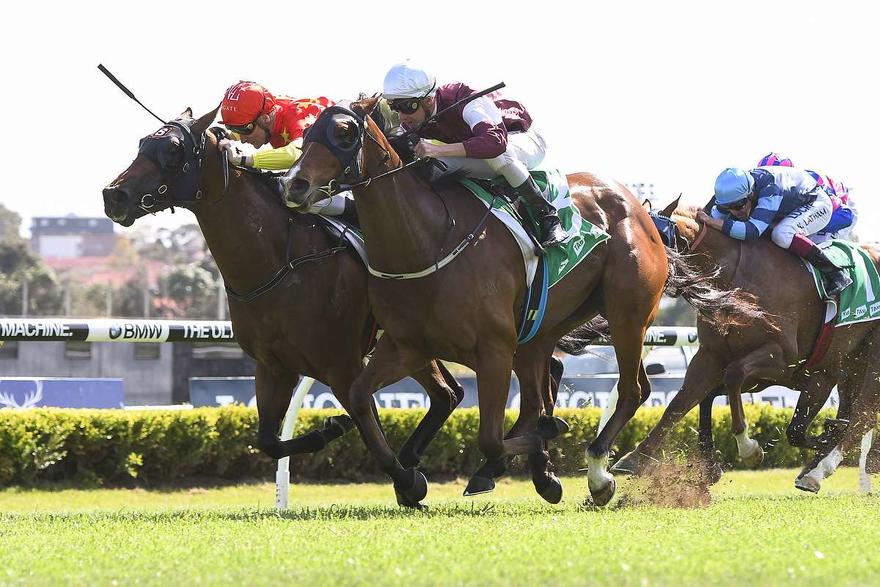 The three-year-old More Than Ready colt jumped from the widest barrier (10) under Blake Shinn, travelled midfield throughout with cover and eventually pulled out wide for a sweeping run home to hold off a fast finishing Ruthless Agent by half a nose. Racing in the red and yellow China Horse Club colours at just his second start, Star of Africa retained an impressive unblemished race record for two wins from two starts.

“He’s still learning what it’s about but he’s a nice horse and that was a tough win,” said co-trainer Peter Snowden.

The good fortune continued twenty hours later when little pocket rocket Marishka followed suit with a barnstorming victory down the outside to nab Vinnie Power on the line in the $30,000 Five Islands Class 1 Handicap (1000m) at Kembla Grange.

Ridden by Blake Shinn, the petite Exceed And Excel filly raced off the pace but left nothing behind to record two wins from four starts.

“There’s not much of her in stature but she’s fast and all heart and that was a perfectly timed run by Blake,” explained Peter.