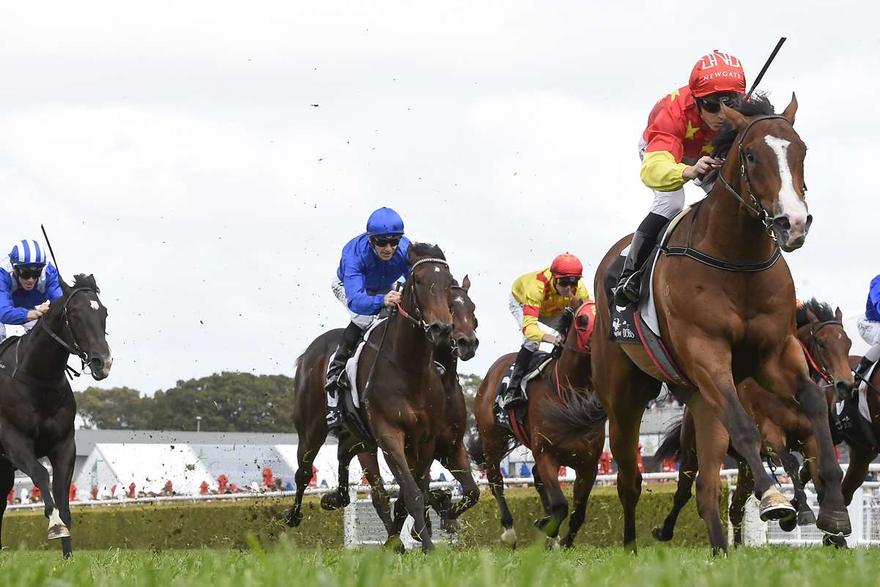 A week after Peter and Paul Snowden trained Redzel to win the $10 million Everest, their two-year-old Legislation made a promising start to his racing career in winning the $100,000 Kirkham Plate (1000m) at Randwick on Saturday.

Legislation, a $ 9 chance, defeated Fiesta ($4.40) by a length for Damian Browne, the Queensland jockey whom the Snowdens often call on when their regular stable riders are interstate or suspended.

“I was pretty confident, I thought the market got it a bit skewiff,” Paul Snowden said.

“You’ll see these sort of ones filter through, they’re the ones that have missed the boat a little bit early.

“He fits that bill, he’s nowhere near a furnished product yet, he’ll be better in the early autumn.

“He certainly pleased us. He’s put them to bed and he’s won quite soft in the end.

“We wanted to use the gate (two) to our advantage and then get him to travel and just wait.

“That’s how we’ve been riding him in his work, he seems to get stronger and stronger and build momentum and go through his gears nice and easy.

“I think he’s one to watch for the future.”