McEvoy Motivated As Ever 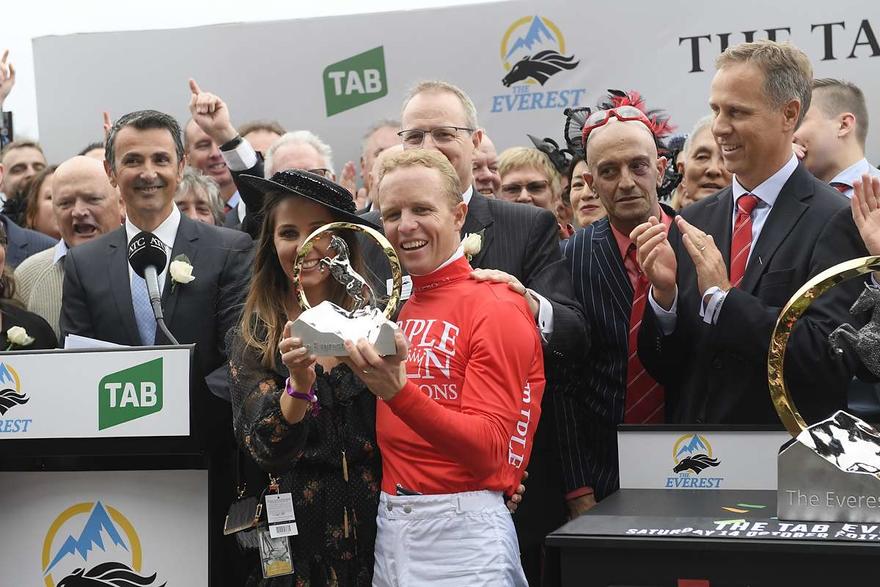 Star jockey Kerrin McEvoy and the Snowden family have shared a long and fruitful relationship going back to the Darley days where they captured 20 Group 1 wins from 2008 before they both independently departed from their coveted roles of the HH Sheikh Mohammed Bin Rashid Al Maktoum-owned conglomerate in 2014.

Fast forward to October 2017 and the bond remains strong. McEvoy has snared two Group 1 winners for Peter and Paul Snowden (Russian Revolution and Tycoon Tara) and most recently the world’s richest turf race, the $10 million The Everest aboard trusty Redzel in spectacular fashion. Here we catch up with the 36-year-old hoop, who’s arguably in the greatest form of his career.

K Mac, last season was incredibly successful; you won nine Group 1 races highlighted by a second Melbourne Cup victory and closed off with two Group 1’s for Team Snowden, would you say you’re in the best form of your career? Yeah you could say that. I’ve been getting some good support from key trainers including Peter and Paul of course, so I’ve been lucky. I’ve worked hard and made a commitment to keep evolving because things are always changing and it’s important never to rest on your laurels. Sure, I’ve been having some big race wins the last 12-18 months but I’m always looking to improve. There’s always a horse you’ve got to try and master or a situation you’ve got to overcome. It’ s important to always be looking forward and striving to get better.

How did it feel to win the inaugural edition of the The Everest earlier this month at Randwick? Scenes looked incredible! It was really exciting to get the job done on Redzel in The Everest. Coming back to scale and seeing the Triple Crown owners, Peter and Paul and my wife Cathy – it was definitely a memorable moment that’s for sure and a big team win. The success of that raceday is just what Sydney needed.

What is Redzel like to ride? He’s a lovely horse and so well liked in the stable. He’s not your typical sprinter. He’s very cruisey in his trackwork, easy to deal with around the stable and on raceday he’s push button. He bounces quick out of the barriers and gets straight in to stride and as soon as you press the button away he goes. It’s a pretty easy job when you’re the jockey aboard Redzel.

You and Peter combined to win 20 Group 1’s under the old Darley banner, did you ever imagine that you would reach such heights as a freelancer? Back in the Darley days we all had some big race wins together as documented, but we’ve all since gone out on our own. The Snowden’s are master horsemen and you know their horses are always going to be in tip top shape which is peace of mind for a jockey. They’ve also got the backing of some big owners so it’s still a strong combination and I’m sure we’ve got some more wins to come. Having the relationship established means discussions are dealt with quickly and we know where we’re heading.

I know the way Peter and Paul train, the way their horses are prepared and we just seem to gel well. Whether it’s trackwork, trials or raceday, everything seems to be understood and that makes it much easier.

What’s your key observation about Peter and Paul’s training establishment? They are very in tune and hands on with their horses. They are so well connected to their horses, they know where they are at mentally and physically which helps to make the right calls as horses progress through their campaigns.

What does the future hold for you? To keep evolving. As a family, Cathy and I are really settled with our three young boys and little girl in Sydney and I’m getting good support so I can’t see too much changing in the future. It’s a great time in life.