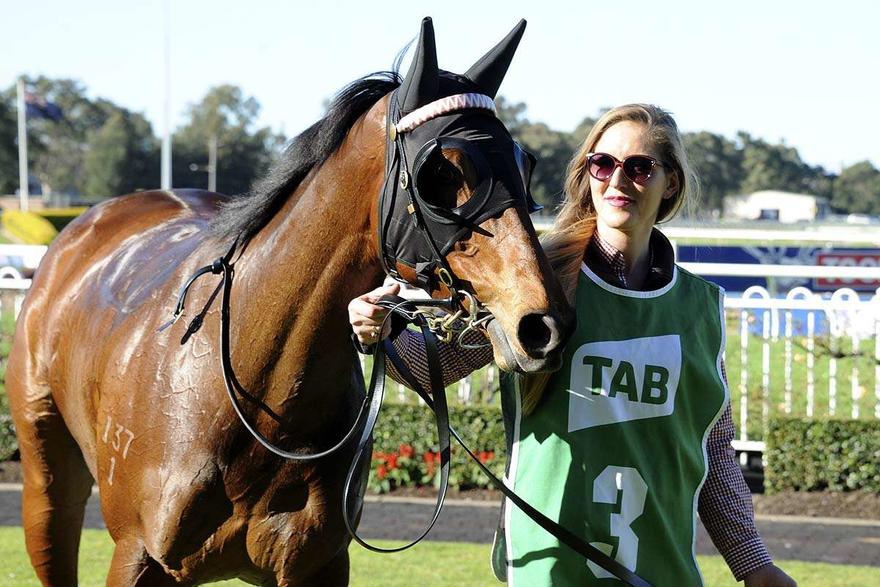 Born and bred in Uzbekistan, formerly part of the USSR which is now bordered by Kazakhstan, Tajikistan, Kyrgyzstan, Afghanistan and Turkmenistan in Asia, Snowden Racing’s talented Mila Chausova, has come a long way to find her place in the world. Here she shares her background and celebrates her Australian way of life and love of thoroughbreds.

What’s your background Mila? I grew up in Uzbekistan - which used to be part of the Soviet Union so political tensions were high at times especially during the 1990’s when the country became independent. As a family, we quietly went about our business but there were some tough times when we felt unwelcome in our own country. Sport was a distraction for me. I made the national Judo team and got my black belt - I used to train two hours before and after school and eventually studied sports science at university. As a young woman living in Uzbekistan though, the mentality towards to females was different and career limited options. I could never see myself living a truly free life, so when my best friend - who connected me with horses through dressage in my early twenties, left Uzbekistan for Australia, she inspired me to follow.

When did you move to Australia? I moved to Australia in 2003 through the Stable Mate Agency who organised all of the paperwork and visas, and first got a job with Graeme Rogerson’s stable. I hadn’t worked with thoroughbreds before so it was a big learning curve because they are so different to equestrian horses. I progressed from there to John O’Shea and then to Snowden’s so I have been working at Randwick for almost 10 years now!

You are currently stable foreman with a barn of 24 or so horses to look after, you’ve progressed well! Twelve months ago, Peter suggested to me to become a foreman but I lacked the confidence. I eventually backed myself and stepped up. Now I am foreman of B barn and I love being in charge of a barn and have got a good team of people to work with. Some of the horses under our care are Marishka, Satin Slipper, Galina, Ravi, Nancy, and Missile Coda - all very talented.

Do you have any favourites? Yes, Marishka. She was my top pick as a yearling when she was first being educated in the stable and I annoyed Peter every day to have her in my barn. She is only small but has the best attitude, is laid back and learns quickly. What can I say…I love her and she’s talented – she’s my ‘one to watch’ for sure.

What is it that you love most about living in Australia? Freedom and opportunities. I just got permanent residency – it took me 10 years but I feel very lucky. I’ve always dreamt of having my parents move here with me, but that wasn’t meant to be. My dad passed away just over six months ago, but I had the chance to say goodbye. My mum will come out and visit this year. I want her to see and get a feel for what I do every day. I am really looking forward to this day.