​Suspense Wins In A Thriller 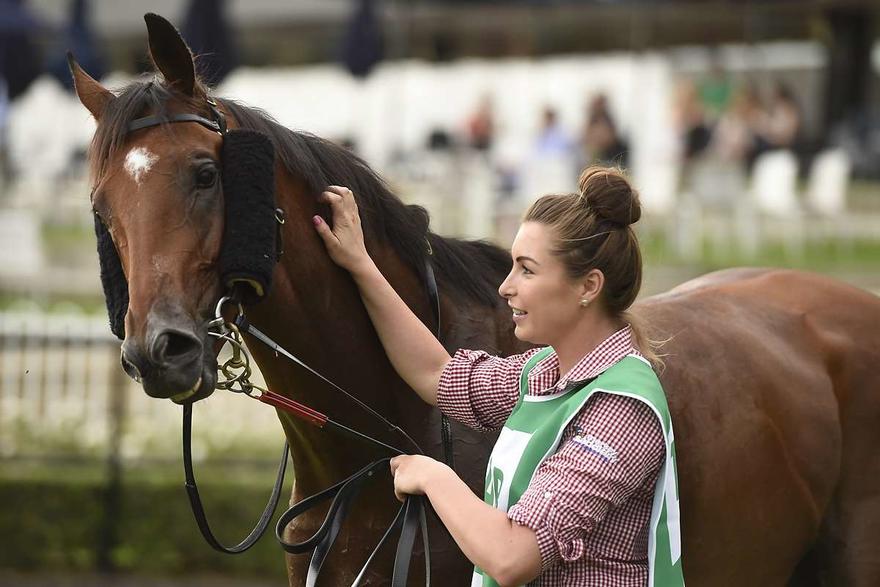 Suspense has found winning form again following his big win in the $120,000 Baisi Fashion Group Handicap (1200m) in the final event at Moonee Valley on October 17.

Rated perfectly by in-form jockey Michael Walker, the five-year-old half-brother to Group 1 Darley Classic winner Mental began quickly from barrier three which gave Walker no option but to lead. The five-year-old gelding rallied around the Valley like a rabbit and stayed on strong for an all the way victory just ahead of Hellora Street.

Co-trainer Paul Snowden, whose wife, mother, sister and brother-in law are in the horse, was delighted with the result and largely put it down to the change of environment from Sydney to Melbourne, good programing placement and a stellar ride from Walker.

“That was a perfectly rated ride and it’s very pleasing to see this horse win again. We bought him down to Melbourne for a change of environment and it seems to have done the trick.

“He’s only had the three runs here and got unluckily knocked off here [at Moonee Valley] last start – but he’s a very happy horse at the moment.

“Up in grade but obviously well placed [tonight] and did a good job to dig deep. It’s a good result for everyone involved, the owners have made the trip down so it was well worth the wait for the last race to come around.”

Walker said Suspense did well the tough it out from a fast finishing bunch.

“The other day he got left a bit flat footed hitting the corner but he hit the line really well. Tonight the plan was to be in the first four but I began like a bullet out of a gun, and ended up with an easy lead.

“Geez he was tough, but you expect nothing less from Paul and Peter Snowden; it was an amazing team effort. I’m very humbled and blessed to be riding for them tonight.”