Warranty A Sure Thing 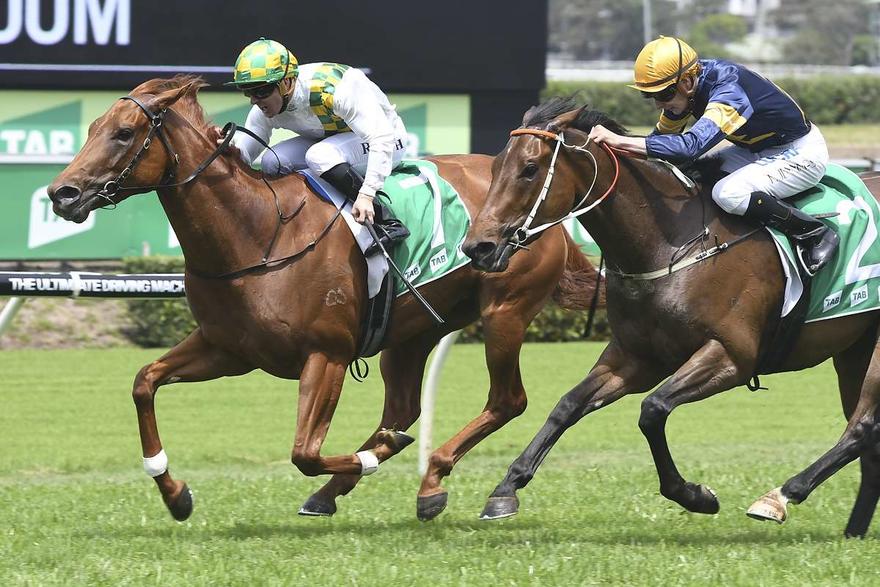 All Too Hard filly Warranty has potentially earned herself a trip to Flemington after she took out the $100,000 Cellarbrations BenchMark 72 Handicap (1400m) in impressive fashion at Randwick on October 28.

Jockey Christian Reith opted to lead with the promising three-year-old from the inside draw before asking his mount to extend over the final 200m to hold off Groundbreak by a long head.

“Obviously she’s still got a bit of maturing and growing up to do but you know, good job … for her to hold (Groundbreak) out was a good effort,” said Reith.

“He (Snowden) said just let her roll along and keep her balanced, let her slowly go through her gears and she’ll do the rest, and that’s exactly what she did today.”

"She's a nice progressive filly. Put the writing on the wall with a very authoritative win last start at Kembla and has just kept on improving," said Snowden.

"Good to see her beat some nice horses today and she might have earned a trip to Melbourne now.

"When you get a handy three-year-old this time of year they can take these steps pretty quickly and I believe this filly fits that bill."

Raced by Fairway Thoroughbreds, the daughter by Black Caviar’s half-brother out of Factor of Safety has amassed almost $100,000 in prizemoney from three starts which includes two wins and a fourth on debut.