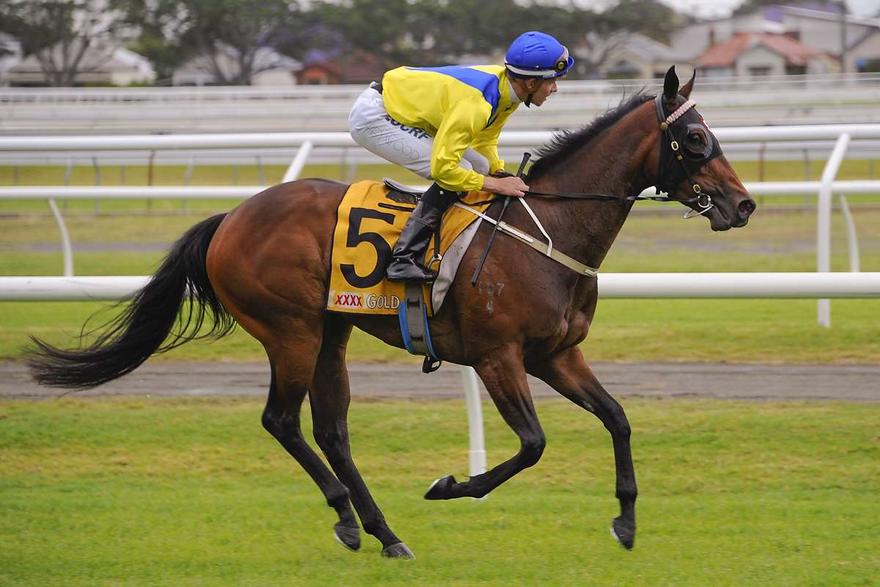 Team Snowden scored a terrific winning double when Poetic Charmer and Pretty Fast demolished their rivals by a combined six lengths at Newcastle on November 4.

The addition of blinkers and more positive tactics on three-year-old Your Song colt Poetic Charmer, delivered an impressive 2.71 length win ahead of Sckam in the $30,000 Maiden Handicap (1400m).

In form jockey Nick Heywood closely tracked the leader Sekiyama before he quickly poured the speed on and put the race to bed early in the home straight.

“He jumped well and we took a trail behind the leader, which worked out well,” explained Heywood.

“Peter Snowden wasn’t keen for us to lead but we wanted to be prominent. I would have liked a bit more speed in the race but I just injected the tempo into the race early as he just seems to maintain the same speed.

“It was a great win and hopefully he can kick on from here.”

Carrying the colours of Sheikh Mohammed bin Khalifa Al Maktoum, impressive filly Pretty Fast lived well and truly up to her name by recording a whopping 3.17 length win in the $30,000 BenchMark 60 Handicap (1200m).

The daughter of Not A Single Doubt out of Miss Sharapova led from go to whoa in an arrogant display for Nick Heywood. This marks her second win since returning as a three-year-old.

“She’s a lovely bred filly and we look forward to stepping her through the grades. She’s matured since becoming a three-year-old and is in great form at the moment,” said co-trainer Paul Snowden.