​In Memory of Greg 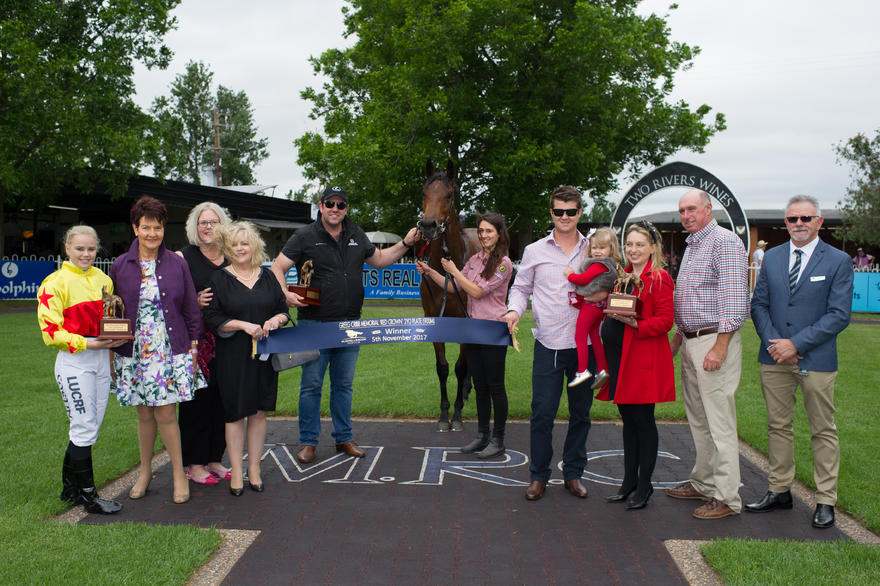 A special moment for the Snowden family unfolded at Muswellbrook on Sunday as Californiasurprise took out the $22,000 Greg Cribb Memorial ‘Red Crown’ 2YO Plate (900m).

Owned by Howard Liang, the two-year-old I am Invincible filly led from the get go and held her ground under a beautifully rated ride by Winona Costin to keep Don’t Doubt Arthur at bay for an impressive debut win.

This marks the third time in 13 years that Peter Snowden has trained the winner of the race, which honours Peter’s late brother-in-law, Greg Cribb.

Cribb, a popular personality and well-loved jockey in the NSW community died tragically at the age of 43 in a freak car accident in 2004. Both Peter and Cribb served their jockey apprenticeship under John Noonan at Scone and became close friends.

That friendship was cemented even further when Cribb introduced Peter to his sister Lyn and of course, Peter went on to marry in to the popular Scone-based racing family.

“To win this race is very special for the family, and especially for Lyn. Everyone loved Greg, he was a real personality, you know. He was a special person.

“We miss him everyday,” said Peter.