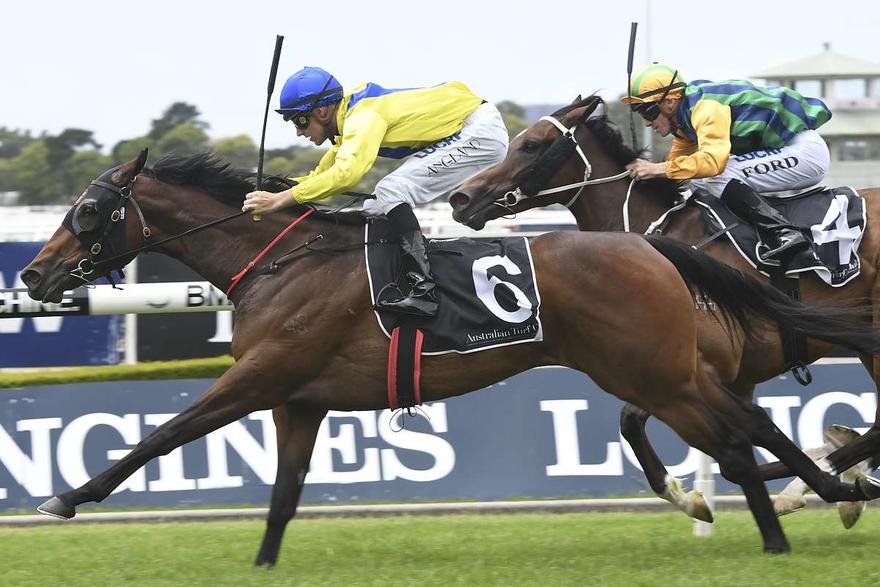 Peter and Paul Snowden’s Pretty Fast will head to Brisbane in search of stakes success after a stylish victory in the opening event at Rosehill on Saturday.

The daughter of Not A Single Doubt has now strung together a hattrick of wins, winning twice at Newcastle before a strong win in the ATC Owners Benefit Card Benchmark 74 Handicap (1200m).

Tye Angland positioned the three-year-old behind the leader Easy Eddie ($2.70), which raced keenly throughout, before pouncing on the lead and edging clear in the straight for a comprehensive half-length win.

“She is a progressive type,” Paul Snowden said.

“She took a little while to get her first win on the board but backed it up with a nice solid performance second-up back in provincial grade. Obviously, that got her confidence right up.”

“The race panned out how we thought. I know the leader went a little bit hard in the middle stages but Tye just didn’t have to stick with him, he was still well and truly within himself - he was comfortable where he was.”

The win has prompted the stable to consider a trip to Brisbane in the coming weeks, aiming to add to the filly’s stud value.

“Black type is always on the cards,” Snowden said.

“She cost quite a bit as a yearling so there is a three-year-old fillies Listed race in Brisbane in a couple of weeks’ time.

“We might send her up that way and try and get some of that black-type while we can.”

Angland believes that there is a lot more to the filly than meets the eye.

“She’s just going well this prep – she puts herself into the race, she’s not much to look at but she feels well when she lets down,” Angland said.

The Listed Mode Plate is a set-weights event for three-year-old fillies and will be run at Doomben on December 2.