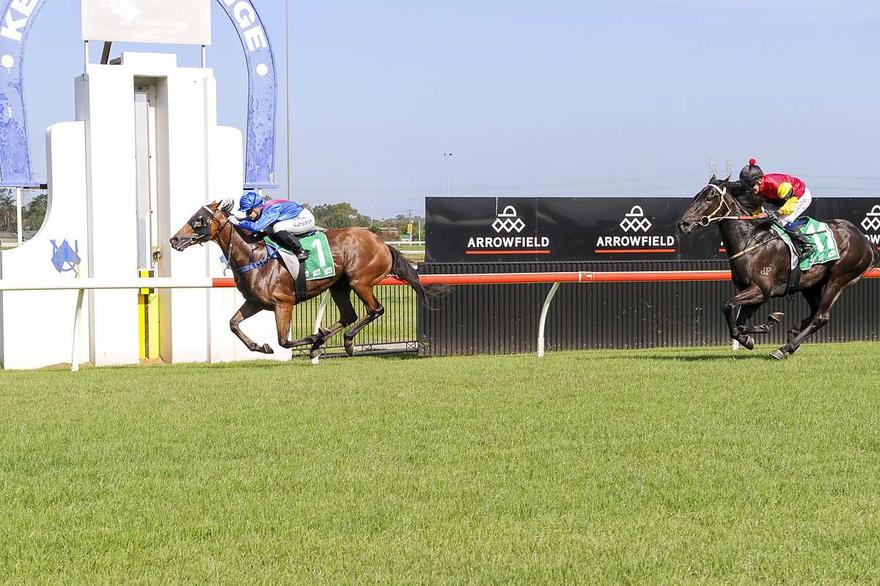 Snowden Racing made it a back-to-back winning double when Prometheus saluted in race 6 in the $30,000 Jingle Bells Class 1 Handicap (1400m) at Kembla Grange on December 16.

Resuming from a spell, the four-year-old son of Snitzel jumped well under Winona Costin and sat handy throughout the journey behind front-running favourite Deluxe Rocket. In a beautifully-timed ride, Costin let the top weight [59.5kg] rip down the home straight which resulted in a 1.8 length win ahead of Dark Dream.

The win, which comes off the back of a strong 3.5 length Randwick trial victory on November 28 was no surprise to co-trainer Paul Snowden.

“He’s nice horse who’s just taken time to come to hand, but he’s only getting better with age and maturity and we should hopefully see a few more of these victories. He came off a very nice trial win so to see him carry the top weight and do it so easily today was no surprise to me.

“We’ll continue to put him through the grades and place him accordingly.”

Owned by Carl Holt, Prometheus has won twice and placed second twice from just 10 career starts for over $72,000 in prizemoney.