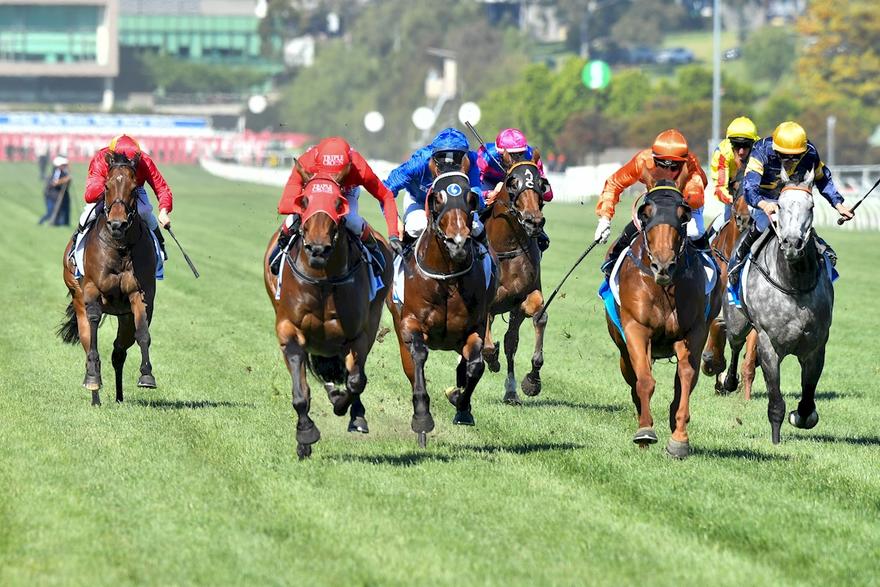 Reigning champion of the world's richest turf race The Everest, Redzel is back in the early stages of work at Snowden Racing, as Team Snowden and Triple Crown Racing embark on a long term campaign to defend his coveted title.

The laid-back five-year-old, who claimed the mantle as the country's best sprinter when winning the showpiece $10 million feature in October and backing up a month later to take out the Group 1 Darley Classic at Flemington, is targeting a February return to the racetrack in the Group 1 Black Caviar Lightning Stakes  (1000m) at Flemington, and track he holds a 100 per cent winning strike rate on.

The scintillating son of Snitzel is unbeaten in his last six outings, and co-trainer Peter Snowden says he's returned in fantastic order following a spell.

"I'm really happy with the horse," said Snowden. "He looks in fantastic order. He's spelled really well while out and he's come back fresh and clearly enjoyed his break.

"He's on target for a return in the Lightning Stakes at Flemington where of course he's now the horse to beat.

"He came in under the radar a little last preparation, but he proved the doubters wrong and now all eyes will be on this horse.

"He continued to improve throughout the last preparation and we're excited to see what's in store for him this time in."

Redzel's Autumn campaign will revolve around the Group 1 TJ Smith Stakes at Royal Randwick on April 7.