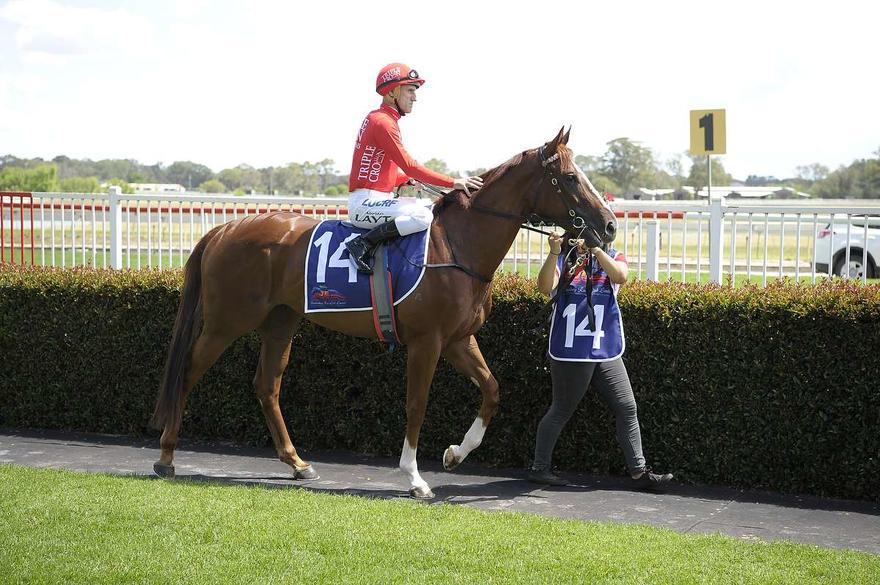 Wooshka put in an impressive performance to take out the $40,000 TAB Rewards Maiden Handicap (1250m) at Canterbury on December 20.

Guided perfectly by Blake Shinn, Wooshka jumped quickly from barrier five and positioned herself at the head of the pack before taking a comfortable seat on the inside rail just behind the leaders.

The promising three-year-old daughter of Champion Victorian sire Written Tycoon got a spilt in between leaders on the home turn and pulled away in the final 200 meters to hold off fast finishing Stella Victoria.

Co-trainer Paul Snowden was impressed with the city victory and believes connections are in for some “fun”.

“She resumed at Hawkesbury just under a month ago with a nice enough performance behind a horse with some ability [Soothing] – and she pushed him to the line that day.

“She’s backed that up and shown a really good turn of foot today. She pinged out of the gates and travelled enormously well. Once Blake pointed her to clean air she really hit the line.

“She was immature as a young horse and had the normal niggles coming through but nothing that held her back from racing…however she’s finally grown in to a lovely filly and connections are going to have some fun with her. She’s still learning but she got the job done today which is great.”

Bred at Victoria’s Eldon Park and sold through the Inglis Premier Yearling Sale, Wooshka has won and placed second once from just three starts for almost $30,000 in prizemoney.