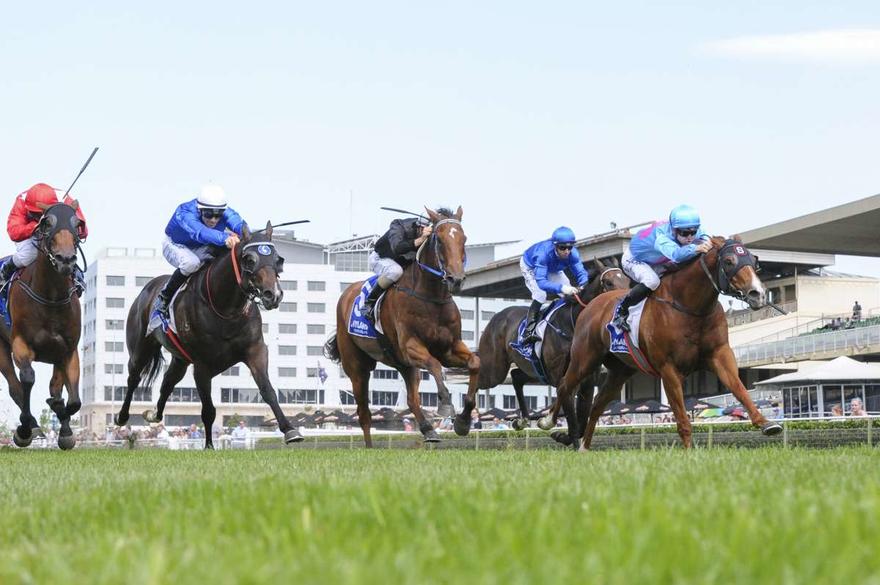 Much to the delight of Snowden Racing, long-shot stablemates Wild ‘N’ Famous and Nancy brought in some early Christmas cheers as they both broke long winning droughts with a running double at Warwick Farm on December 23.

Starting at double figure odds in the $100,000 Hyland Boxing Day Benchmark 85 Handicap Sprint (1200m), the Ross Visalli-owned Wild ‘N’ Famous settled beautifully in the back half of the field for Josh Parr.

In a perfectly-timed run, Parr asked the six-year-old gelding to chase the leaders approaching the home turn and eventually swooped late and wide to nail Bratislava right on the line to break a near two-year absence from the winner’s circle!

“It’s a great result and I’m really happy with that, especially for Ross, he’s a great owner,” a delighted Peter Snowden explained.

“He [Wild ’N’ Famous] hasn’t been the punters best pal, he’s had too many seconds this bloke, but Josh got the timing right and rode him brilliantly.

“He always runs well but doesn’t always win and that’s the trouble, but today he’s done it.”

On the cusp of retirement following a disappointing eight-placing last Saturday at Randwick, the Lex Kingdom-owned-and-bred Nancy, ended a 601-day losing streak by taking out the $100,000 December Handicap (1400m).

Named after Lex's mother, the six-year-old mare, whose career highlight is the 2016 Group 3 Godolphin Crown (1300m), was at the cross roads, however a brilliant ride by gun apprentice Andrew Adkins to let Nancy settle in to a comfortable rhythm wide and out of trouble, allowed the pair to gain momentum and charge home late to beat Morton’s Fork for a fifth career win (her third at Warwick Farm).

“She’s been out of form, to the point she’s been really frustrating but she has plenty of talent and I thought just give her one more run,” said Snowden.

“She’s been run off her feet over 1200 (metres), she’s an older mare now and is probably looking for a bit more ground. The quick back up over 1400 has been the trick.”

“I’m really happy for Lex. He was over from Perth last weekend, so it’s a shame he’s not here today but he’s a patient man and it’s just great to get another win on the board for him. I’m sure she’ll make a lovely broodmare one day.”