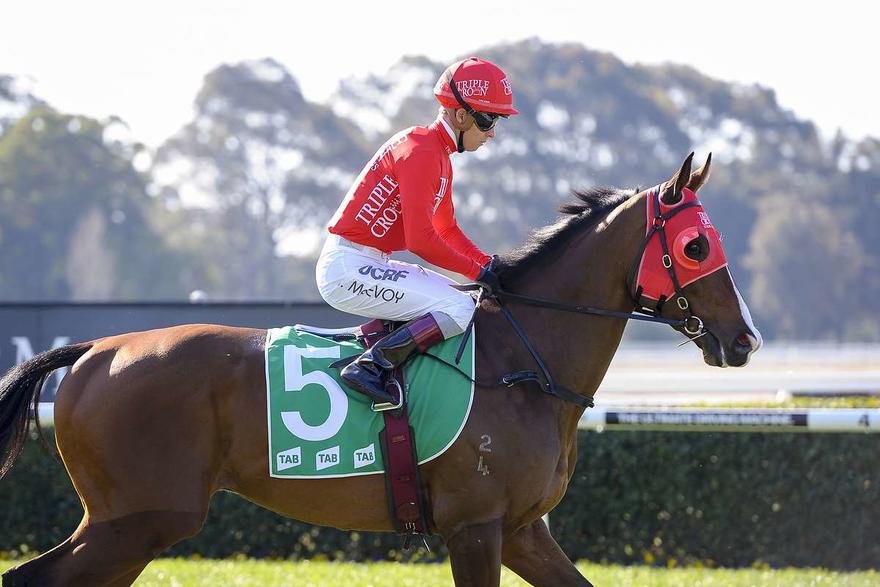 Triple Crown will have four chances at success in this Saturday’s lucrative Gold Coast Magic Millions Gold raceday on January 13 , including Smartedge who lines up in the $2 million Magic Millions 3YO Guineas.

The son of Smart Missile secured his spot in the field after a runner-up performance at Randwick on New Year’s Day and has drawn barrier 17 for the 1400m race, with Tye Angland riding.

Heading into the race third up for the preparation, co-trainer Peter Snowden says he’ll be arriving there in excellent shape.

“His run was good the last time. He’s a big galloping horse and he just got beaten by one that had the run on him off a slow pace,” said Snowden.

“He’s still learning and will take improvement from that run into the Magic Millions. He’s been trained with the race in mind since he began this preparation so he’s heading there in excellent order.

“The barrier draw isn’t ideal but he’s one that will look to get off heels and do his best work late so we can still look forward to a good showing.”

Joining Smartedge will be million dollar earner and Group 3 winner Dothraki, who goes in the Magic Millions Sprint, as well as mares Denpurr and Secret Trail, who will line up in the filly & mare race and QTIS Handicap respectively.

Dothraki, a $45,000 yearling purchase in 2012, heads to the Gold Coast in good form having most recently finished second in the Listed Christmas Classic at Randwick behind Group 1 winner Music Magnate.

Last year he finished fourth in the race when going in first up, and Snowden feels the benefit of two runs will see him peak for Saturday.

“Dothraki is going well and he put up a much improved performance last time out which gives us every indication he can be competitive again,” said Snowden.

“He’s pulled up well from that run and he’s another who has been trained with the race in mind this year which sees him head there in the best possible condition.

“Hopefully he can stick his neck out and go one better this time.”