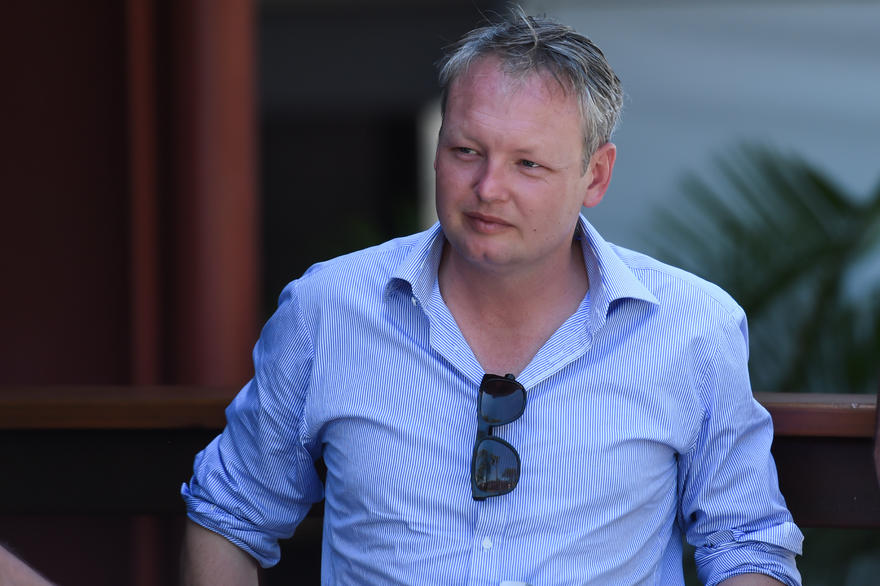 Founded in 2010 by Henry Field with just a handful of mares on a 250 acre Hunter Valley, Newgate Farm has grown rapidly in to one of the leading thoroughbred farms in Australia on 1700 acres which now features a huge band of quality mares, a promising 13-stallion roster including the Snowden-trained Golden Slipper winner Capitalist, champion 2nd season sire Foxwedge, and First Season Sires Dissident, Deep Field, and Wandjina.

Here we learn more about the man behind the major new powerhouse within the Australasian thoroughbred industry.

Henry, are you surprised with the rapid development and success of Newgate Farm? What was your original vision for Newgate, and how did you go about building it? The farm has really gone from strength to strength over the last several years. We have been particularly fortunate with the help of Peter and Paul who have developed some really exciting stallion prospects in Capitalist, Invader and Russian Revolution. The exploits of those horses will certainly accelerate the growth of our farm.

The original vision for Newgate was to have a small quality farm. We were very fortunate to be trusted by the Bateman Family and their bloodstock agent James Harron with the management of their top-class sprinter Foxwedge as a stallion. The farm has really snowballed from that point onward.

What do you consider some of Newgate’s key achievements to date? We have bred, raised, and/or sold numerous Group 1 winners off the farm including Foxplay, Willow Magic, Hall of Fame, Volpe Veloce, and Awesome Rock. To have five group 1 winners go through our system in such a short time is something I’m very proud of.

How successful was the 2018 Gold Coast Magic Millions for Newgate Farm? No less than five yearlings from the Newgate draft made $300,000+ each including $525,000 for a colt by Dissident out of Prompt. The Magic Millions was very successful both on a selling and buying front. We sold 37 out of 38 horses and were blown away by how our new stallions (Deep Field, Dissident and Wandjina) were received.

How pleased were you with First Season Sires Dissident’s, Deep Field’s and the Wandjina’s results in the Magic Millions sales ring? Clearly by the strength of the demand in the marketplace for all these three stallions, they were particularly nice types of horses. The most important thing is if they can run. Personally, I couldn’t be more pleased with the types of athletes all three stallions are producing.

Your partners in Newgate are Gavin Murphy (SF Bloodstock) and Matthew Sandblom, what have you taken away from working with and being around such successful people? Gavin and Matthew have been instrumental in the success of Newgate, and are my two mentors. Collectively we work very well together and while I’m on the front line with Bruce Slade driving Newgate, Gavin and Matthew are very much behind the scenes making critically important decisions with regards to the success of the business.

What’s one thing the Australian Thoroughbred Industry can do better? Understanding the importance of keeping our sport mainstream.

What’s one thing the Australian Thoroughbred Industry is peerless at? Producing world class two-year-olds and sprinters

It must be a great thrill to part own a horse that goes on to stand at stud. Can you describe the thrill you experienced when Capitalist won the 2016 Golden Slipper? It was obviously an incredible thrill and it has been a long-term plan with Peter and Paul, and their ability to execute our vision has been nothing short of remarkable.

How has Capitalist let down as a stallion? Has he taken to his stud duties like a natural? Capitalist is a breeding machine. He is as fast in the breeding shed as he was on the racetrack, breeding over 200 mares in his debut season.