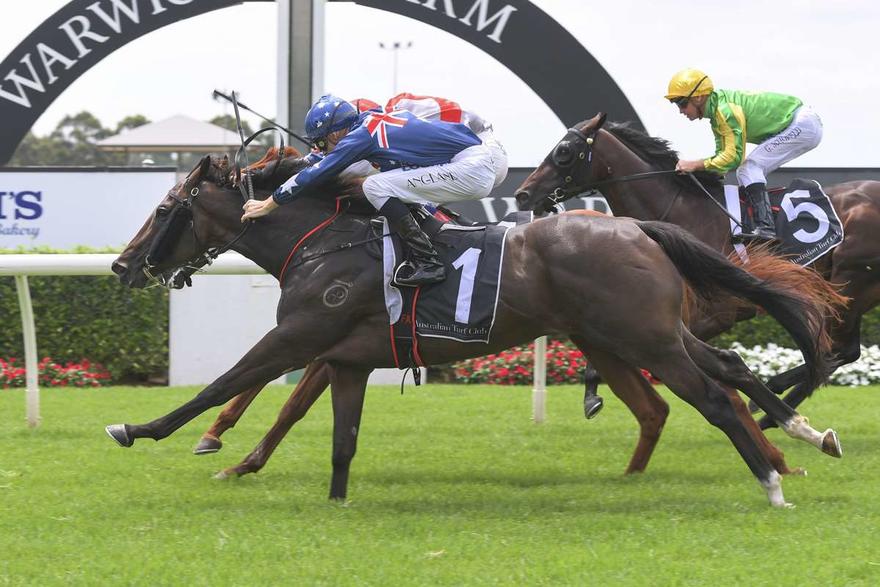 A Breednet 'One to Watch' when charging home from last to win at Kembla on January 3, the Peter and Paul Snowden-trained gelding kept up the good work in this tougher assignment.

Burdened with 61kg and stepped up to 1600 metres, Amanito was allowed to drift back by Tye Angland but found the finish with enthusiasm to claim a half head win, his determination to the line reminiscent of his famous sire.

An $85,000 Magic Millions purchase from the Yarraman Park draft for De Burgh Equine, Amanito runs in the same colours as his sire Pierro and is owned by Greg and Donna Kolivos.

Bred by Bob Hannon at Ascot Park, he is a half-brother to stakes-placed Conscious and is the second winner from Group 3 placed Elimbari, a three-quarter sister to freakishly brilliant two-year-old Amelia's Dream, winner of the Group 2 STC Silver Slipper Stakes.

Elimbari has a yearling filly by I Am Invincible entered for Inglis Easter as Lot 109 and consigned by Yarraman Park. She produced a colt by Vancouver last year and is now in foal to Astern.