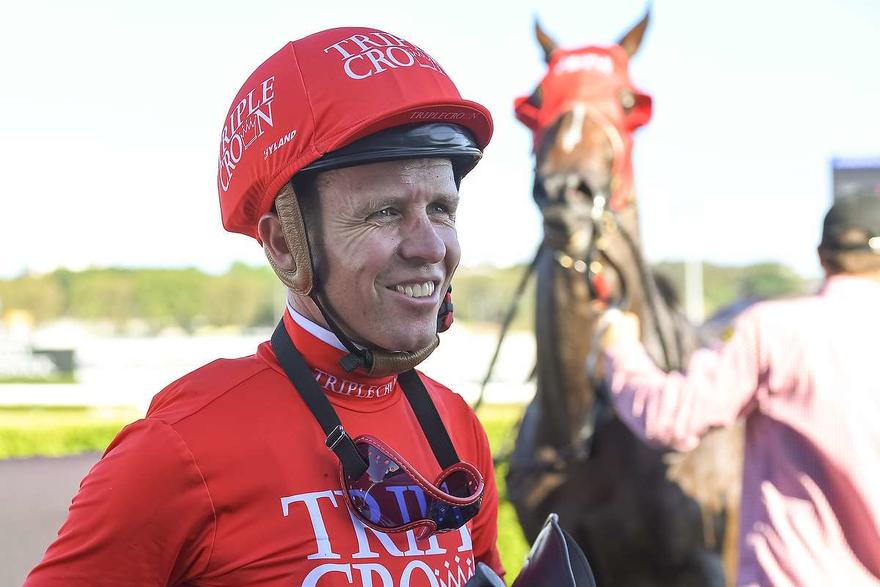 Onslaught returned to the winners’ enclosure at Royal Randwick on Wednesday after Kerrin McEvoy delivered the four-year-old to a hard-fought victory in the BenchMark 73 Handicap over 1400m, marking an eighth win from his last 13 rides in the city following the leading hoop’s return from injury.

Beaten by just half a length in his two previous runs this preparation, a win was bubbling under the surface for Onslaught and the son of Snitzel duly delivered at headquarters, taking his career prizemoney to beyond the $100,000 mark.

McEvoy, who rode Redzel in his latest trial win on Monday ahead of the Group 1 Lightning Stakes on February 17, positioned Onslaught on the favourite’s back and peeled off heels to take the lead with just 100m remaining, with Onslaught holding off the fast-finishing Tip Top by a neck.

“Great win today,” said McEvoy, who celebrated his fourth win on the card. “He travelled a bit keen early, and I was a little bit worried as it took me a little while to get cover but I managed to get behind Danzie.

“The tempo wasn’t that strong but I was always travelling well and it was a case of producing him at the right time. He was going well at the top of the rise so I committed and we got the job done.”

Co-trainer Paul Snowden was delighted to see Onslaught return to the winners’ circle.

“Good to see him bounce back to form today,” he said. “It was a tricky run race with him three deep with cover but I think the Kerrin McEvoy factor came into play.

“He knows the horse well and he just bided his time and found the run when he needed to.

“An excellent run and we’re back in winning form.”