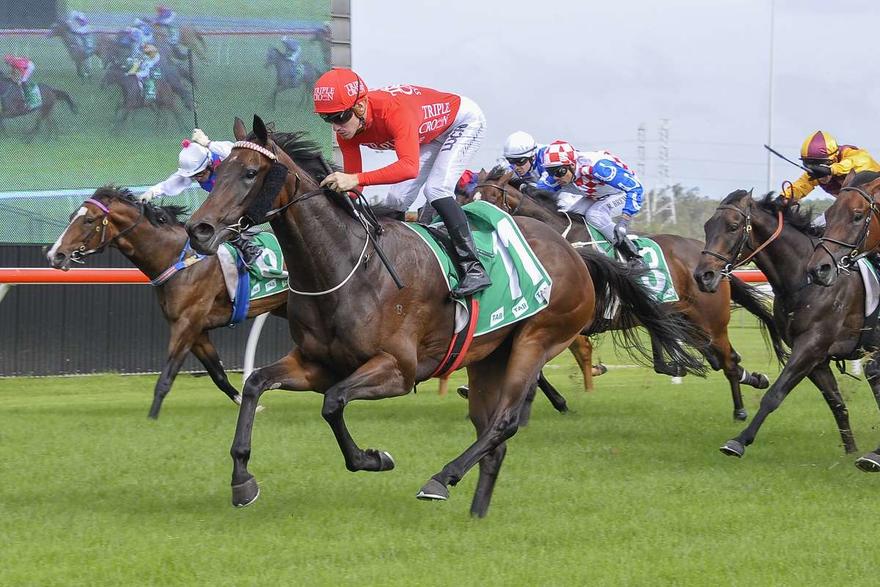 Moss Trip and Deladie’s Boy stole the chocolates in thrilling fashion for team Snowdne and Triple Crown at Canterbury night races on February 9.

On debut, Moss Trip was bumped and barged before streaking clear to take the win at Kembla Grange, while last month she scored victory from last to first at the same track in impressive fashion.

And her backers weren’t without a hair-raising moment this time in, when she desperately needed the split in a four-runner affair in the opening $40,000 BenchMark 70 Handicap (1550m).

The split duly came and she readily exploited it to win by a half-length, putting the race to bed inside the final 100m.

It was an impressive turn of foot that once again got her out of danger, and co-trainer Paul Snowden believes there’s more to come from the lightly-raced filly.

“This had to potential of being a tricky race with the small field. We desperately needed the split and when the run came she did it impressively in the end.

“It’s always tough going from 1350 to 1550 but she handled it very well and she’s one who’s capable of stepping up in grade.”

An hour later Adrian Layt made a successful return to the saddle following a broken leg, when he steered Deladie’s Boy to an impressive victory in the $40,000 BenchMark 72 Handicap (1900m).

Layt engineered an excellent rails-hugging ride before presenting the Delago Deluxe colt at the perfect time in the final stages to get the better of Nathula by 0.3 of a length.

“Wrapped to be riding again and ecstatic to get a winner in the first city ride back. So many thanks for Snowden Racing and Triple Crown.”