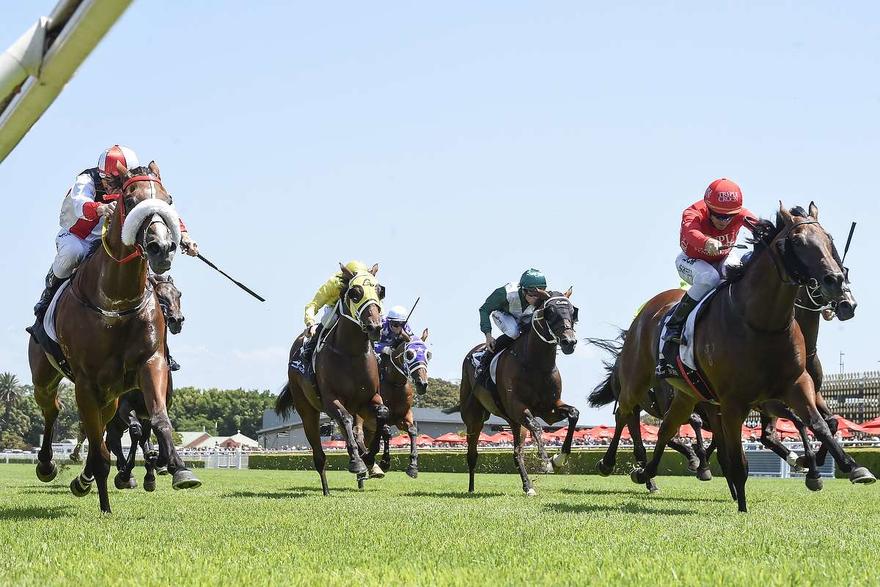 The duo could not be split in the Fairfax & Roberts Jewellers Handicap (2000m) after Emperor's Way, the $3.50 favourite, made a last-ditch dive at the line.

Snowden queried Schofield’s tactics when he opted to go around The Bandit at the 300m rather than slip to the inside to make ground on Almost Court and Christian Reith.

"Head on there's enough room to go in and he's decided to come out. Schoey had his reasons, that was the difference," said Snowden.

"It was a massive effort from the little horse. It's a testament to how hard he tries. I thought the bird had flown

Schofield conceded he may have erred in judgment during the run home.

"I elected for a little bit of clear room, I wasn't sure where Blake (Spriggs) was going to go (on The Bandit). I'm glad to see the number go up to share it; [but] it may have cost him the outright win," he said.

Triple Crown connections missed narrowly with stable favourite Dothraki going down by a nose in the ACJC Southern Cross Stakes (1200m) at Randwick, while their star sprinter Redzel was pipped on the line in what was a brave run in the Group 1 Black Caviar Lightning Stakes (1000m) at Flemington.

However the syndicator's famous red colours successfully prevailed with Classic Thoughts in the $30,000 Calvary Mater Maiden (1850m) at Newcastle.

“We’re really proud with how these horses raced today. It’s a game of millimetres, sometimes things go your way, other times they don’t, but as long as our horses try their best, that’s the main thing,” added Snowden.