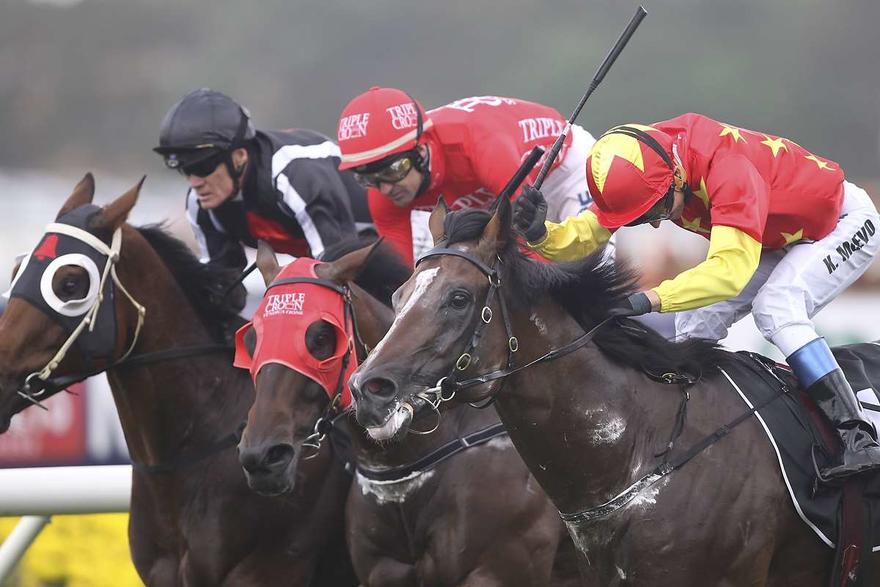 Snitzel’s speed sensation finishes a celebrated racetrack career having won seven of his 11 race starts with five at Group level from 1000 to 1200 metres and close to $1.3 million in prizemoney.

Co-trainer Peter Snowden, described the stunning looking four-year-old as one of the quickest horses he has trained.

"Russian Revolution has nothing more to prove and the owners have elected to retire him on a winning note.

"He's absolutely one of the quickest horses we have ever trained.”

“He (Russian Revolution) is a remarkable racehorse. There are not exactly a heap of those 1100m Group 1’s and to win both The Galaxy and now the Oakleigh, is really special.

“A lot of good stallions have won those races: Snippets won them both, while you also have Bletchingly, Luskin Star, Snitzel, Fastnet Rock and Starspangledbanner up on the honour board.

“He won a trial by six lengths in January and track watchers at Randwick told me they couldn’t remember anything going so fast.

“Full credit to Peter and Paul Snowden … I would have been happy to retire him last year after the Galaxy but he came back in the spring with a Group 2 in the McEwen Stakes and now the Oakleigh Plate.”

Since Snowden Racing commenced operation in May 2014, Peter and Paul Snowden have sent six horses to promising stud careers including Shooting To Win, Pride of Dubai, Capitalist, Defcon, Invader and Russian Revolution.