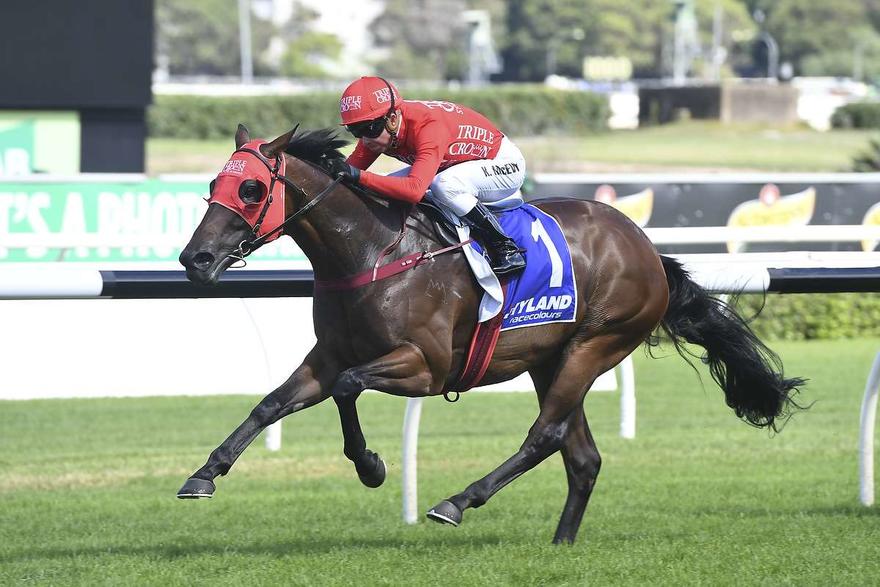 Redzel reminded Australia that he was still the country’s number one sprinter after a sizzling win in the Group 2 Challenge Stakes (1000m) at Royal Randwick on Saturday.

The Everest winner was coming off a narrow shock defeat to Redkirk Warrior in the Lightning Stakes (1000m) first-up at Flemington, when jockey Kerrin McEvoy perhaps went a touch too early on Redzel before he was pipped on the line.

McEvoy got the timing perfect on Saturday at headquarters after Super Too shot out to a four-length lead on straightening. Co-trainer Peter Snowden praised the patience of the champion jockey as Redzel covered the 1000m in 55.73 seconds.

“He ran really well. They ran a really fast time and he was really well rated, which he to be to win,” Snowden said.

“He was always going to win. He’s as good as he was in the spring and he’s an easy horse to train. He works great and nothing fazes him and he loves being in the stable.

“We gave him four days off after his last start and he just stood at the gate the whole time out in the paddock wanting to come back into the yard.”

Snowden’s son, and co-trainer, Paul said the cream rose to the top when it counted as Redzel powered past Super Too to beat Jungle Edge by two lengths.

“That was just a class thing, he’s in a different class,” he said.

“The beauty of him is he races well on the wet or dry and barriers don’t determine where he finishes. No horse has got that versatility.”

Paul said the rise of Redzel during the past year surprised he and his father, but that’s the exciting part about racing.

“Look at Winx. How would they have known things were going to turn out this way either,” he said. “He’s just kept improving and he used to do so much wrong when he was a colt.”

McEvoy said the horse certainly “has a few strings to his bow”.

“The 1000m is probably not his ideal trip in terms of getting into the race and controlling it and dictating to the others whereas today he was just back behind them but he enjoyed himself,” he said.

“The TJ Smith Stakes will suit him even better.”

The Snowdens were tempted to run Redzel in the Group 1 William Reid Stakes at Mooney Valley on March 23, but Peter said the team didn’t want to do anything to compromise his chances in the $2.5m TJ Smith Stakes (1200m) on day one of The Championships at Randwick on April 7.

Instead of another 1000km trip south he’ll likely just have one tune-up barrier trial ahead of the rich sprint next month.

“The TJ Smith Stakes is the race we really want to win,” Peter Snowden said.

“He takes bad luck out of the equation by racing up on speed and gives a kick when asked.”