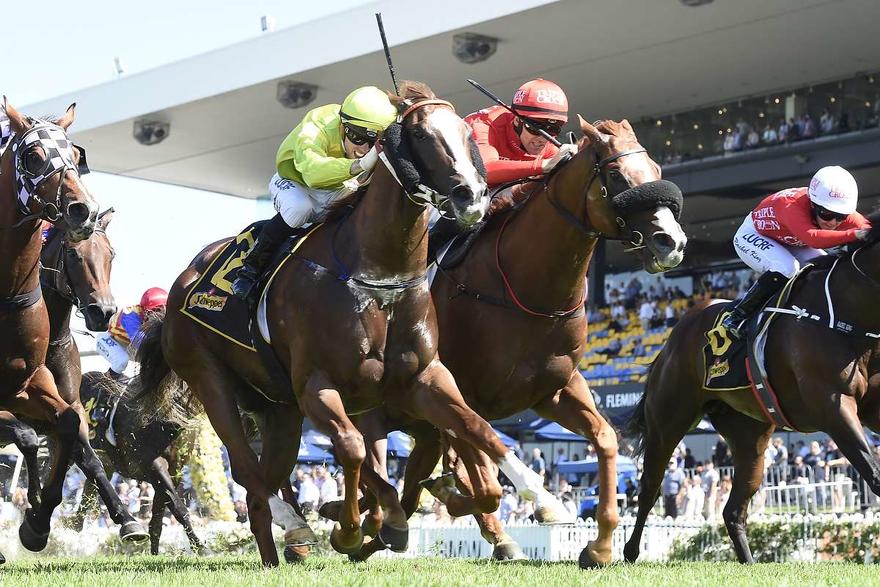 Champion trainer Peter Snowden described it “the easiest” ever win he’s experienced in a stewards’ room after a horse close to his heart, Dothraki ended an 881-day drought in the $150,000 Group III Maurice McCarten Stakes (1100m) at Rosehill on Saturday.

Dothraki crossed the line a nose behind the Hawkes Racing-trained Sprightly Lass, which shifted out abruptly nearing the 50m mark, causing the hard-closing Dothraki to be checked before coming again late.

After the race another senior Sydney trainer Ron Quinton joked to Snowden, “When you go in there you should ask stewards’ is there any need for us to come in?”

Racing NSW stewards took less than a minute to consider the objection, upholding the protest and amending the placings to read Dothraki ($14) the winner from Sprightly Lass ($2.80 fav) with a half head back to New Universe ($13) in third.

“He cops a rough deal this horse but he answered his critics today, there’s no doubt he would have won.”

The victory was Dothraki’s seventh from 42 starts and he’s placed on another 18 occasions for career earnings of more than $1.29 million.

“I still thought I won,” winning rider Tye England said. “Everything went great for him in the run from his wide gate and he really towed me into the race.

“He really chased his heart out today."