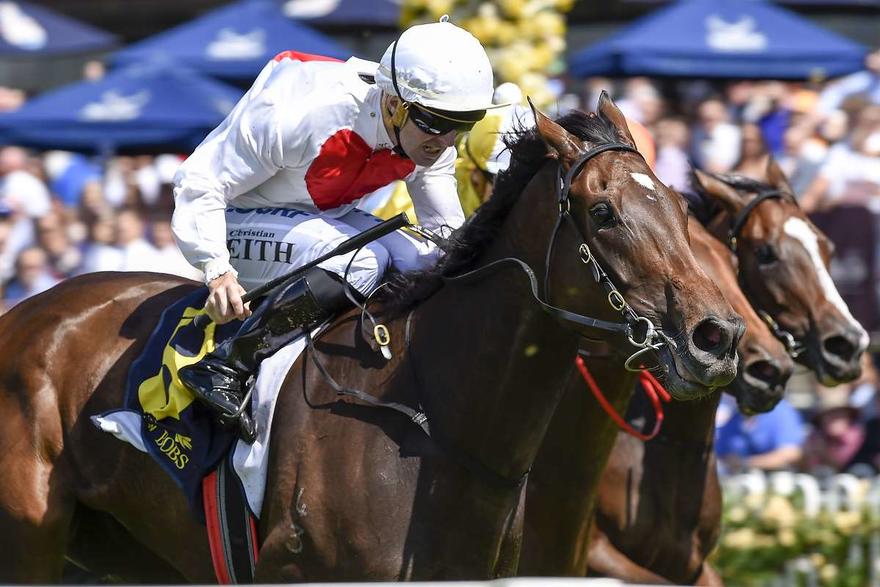 The Pinnacle pounced on rivals to score her first stakes victory in the $150,000 Group 3 Epona Stakes (1900m) at Rosehill Gardens on Golden Slipper Day, March 24.

The four-year-old daughter of So You Think, who sired three stakes winners within 24 hours, sat beautifully just off the pace in fourth position under a fantastic ride by Christian Reith, before unleashing down the home straight with an uninterrupted run to the winning line.

The Torryburn-owned mare went down by a narrow margin in the Group 3 Aspiration Quality on March 10 but made amends by beating the field by 1.3 lengths.

"She’s been pretty consistent but has now really furnished this time in and deserved that win," said co-trainer Peter Snowden.

"That was a good performance. I'm not sure where we go now. She might be looking for 2000 metres."

Reith added that The Pinnacle showed an “explosive” turn of foot at the final 200 mark.

"The idea was to ride her a little bit quieter today, but we just didn't get that tempo so we elected to stroll forward and put her in the one-one," he said.

"We had a beautiful run and she gave me an explosive kick at the furlong (200m) and was good enough to draw away for the win."

From 11 career starts, The Pinnacle has won three races and scored six minor placings for over $250,000 in prizemoney.

Further a field, the Greg and Donna Kolivos-owned Temprado registered a win with Koby Jennings aboard in the $30,000 Class 1 Handicap at Kembla Grange, giving Snowden Racing a Saturday double.