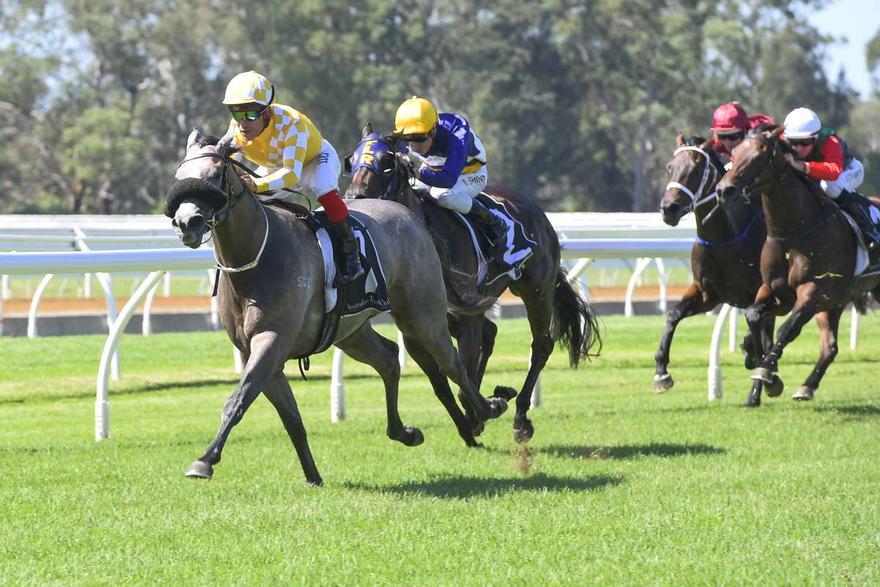 Ridden by regular partner Michael Walker, the daughter of I Am Invincible simply rounded up the field four-wide turning for home and motored home for a barnstorming win over Bold Arial and stable mate She’s Furline.

Having come off a notable second placing to subsequent Golden Slipper winner Estijaab in the $300,000 Group 2 Reisling Stakes (1200m) at her previous start on March 10, Pure Elation backed up that form line with a devastating turn of foot, which duly impressed co-trainer Peter Snowden.

“She's been in work a long time. It's very difficult for two-year-old's to stay up for a length of time in their first preparation, but she's done that in spades…which adds more merit to her win.

"That was arrogant there today, it was very, very good," said Snowden.

Owned by major racehorse owner and breeder Sir Owen Glenn of Criterion fame, Pure Elation will be aimed at the $600,000 Group 2 Percy Sykes Stakes for 2YO Fillies (1200m) on April 14 (Day 2 of The Championships).

“Hopefully we can go on with her a bit longer - would love to get to the Group 2 fillies race at The Championships.

“Sir Owen has been lucky in racing with Criterion, and he’s buying in and buying very well [with fillies]. I was very lucky to get this horse through Geoff and appreciate it greatly,” added Snowden.

By sire of the moment, I Am Invincible out of Members Joy, Pure Elation was purchased for $320,000 from Swettenham Stud draft at the 2017 Inglis Melbourne Premier Yearling Sale.