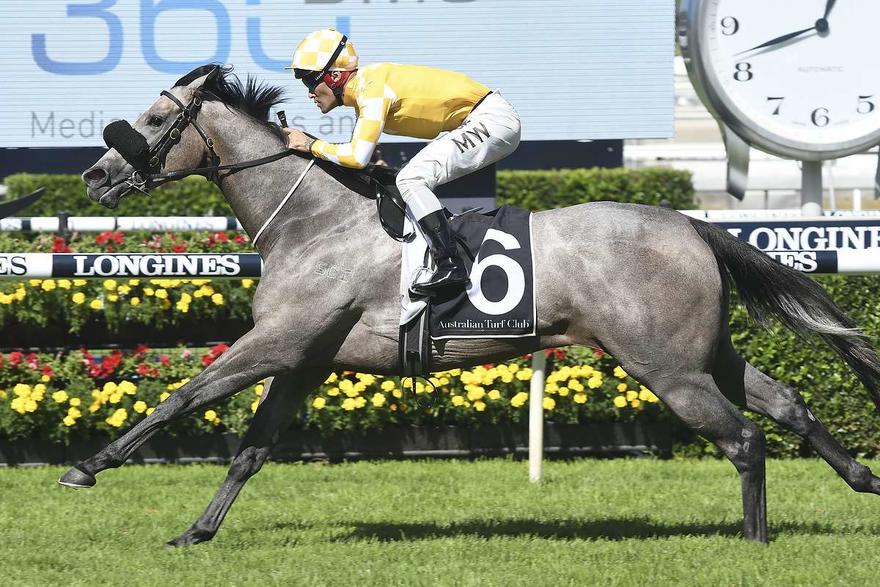 Peter Snowden paid the ultimate compliment to Pure Elation after her win in the $600,000 Group 2 360 DMG Percy Sykes Stakes (1200m) for two-year-olds at Randwick on Saturday, claiming the filly was as tough a juvenile as he has trained.

Snowden, who has prepared Group 1 juvenile winners in the recent past such as Sepoy, Pride Of Dubai and Capitalist, said after the filly's win in the $600,000 race that he was going to spell her after two poor runs in Melbourne.

"She was going to Melbourne for the Diamond with the preparation all geared around that," Snowden explained. "Both starts down there things went pear shaped and they were bad runs really.

"My call was to give her a break and bring her back later but through Sir Owen's (Glenn) wisdom he said why not bring her back to Sydney and enjoy Sydney like she used to before.

"I was thinking all the way along with two-year-olds when you have them wound up, there is only one way and that is down.

"I did that, gave her a try, bring her back and I've got to say she has never missed a day since being there, every day has been a good day, she's been in a happy place."

Pure Elation transformed that work ethic into her race on Saturday. Well backed into $4, the daughter of the former smart Melbourne juvenile Members Joy had a length and a quarter to spare over Fiesta ($6.50) with Outback Barbie ($6.50) in third place.

Snowden said he was thrilled with the way the filly won the race as he saw margin for further improvement.

"She ambled up to them today, put a gap in them and still floated around so there is a heap of upside to her.

"I haven't had a two-year-old as tough as this that has been able to do this and come up again."

The only downside to Pure Elation's win was she bled both nostrils, which means an automatic three-month ban from racing.

Michael Walker was called up from Melbourne for the ride on the filly as he rides most of Sir Owen Glenn's horses, which race in the yellow and white colours under the Go Bloodstock banner.

Walker, who forged a strong partnership with Glenn's former star Criterion, was full of praise for the owner's latest smart horse.

"Today she was beautiful in-running," he said. "She can tend to get her head up and be a bit strong, but she was a lot better today.

"They've done a tremendous job to keep her up for so long. I think she's now earned herself a well deserved break.

"The beautiful thing about it is my boss is here today, Sir Owen, we've got another good one boss."