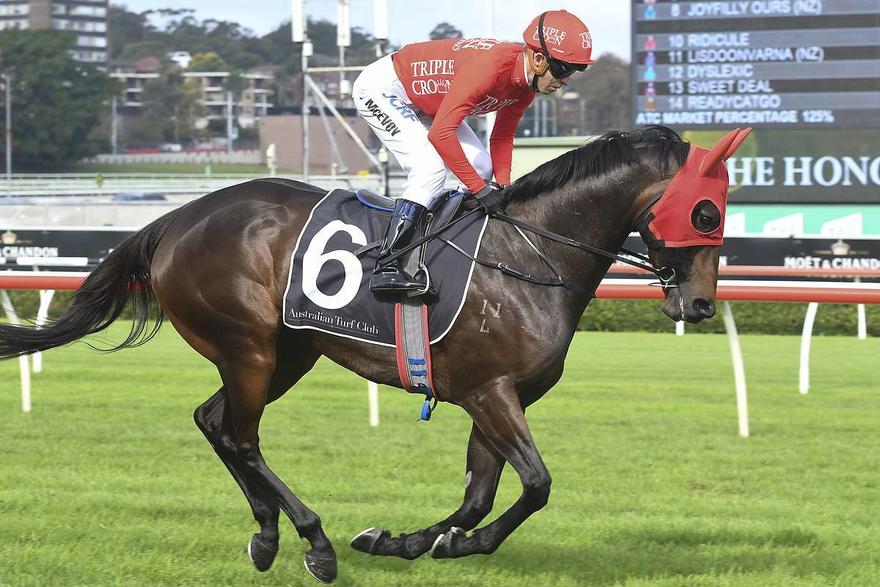 The win was a finely judged affair with McEvoy and Moss River third last in the 13 strong field at the 600m and with fast times the order of the programme on the Good 3 track making ground required agility.

McEvoy kept to clear air as he sent Moss Trip forward. The widest of the field on the turn they were still 4L from the leaders. Manicure and Glyn Schofield, who was battling an injured back and was subsequently was stood down from his other rides, led the field off the hill and looked in control, but then out in the middle Dyslexic and Brenton Avdulla came quickly.

Moss Trip and McEvoy were further out again. At the 100m they were on near levels terms with the two inside, but it took until the 50m to reach Dyslexic who had already shaded Manicure.

Right on the line Moss Trip had the win with a nose margin over Dyslexic (Foxwedge) and Avdulla with 3/4L back to Manicure (Exceed And Excel) and Schofield. The $3.30 favourite So Far Sokool was fourth.

“Her form has been fantastic for a while and that Surround run was amazing so it is a great bunch of owners who will get a great thrill out of that,” said co-trainer Peter Snowden.

“We will probably look at Brisbane now. We will just have a good think about things. See how she recovers, she had a freshen up to get here today, so we are mindful of that and we just need to take stock of her next week. Great result there today.”

“She missed the start. She laid back in the gates which was shy she began so slowly. I knew they were running along. Far out she let down, showed a good turn of foot. She has performed very well,” said McEvoy.

Moss Trip, out of the Stratum mare Space Trip, was winning for the fourth time and with the black type it was her most valuable salute. She came into the race off a fifth in Group 1 Surround Stakes over 1400m at Randwick on March 3rd.