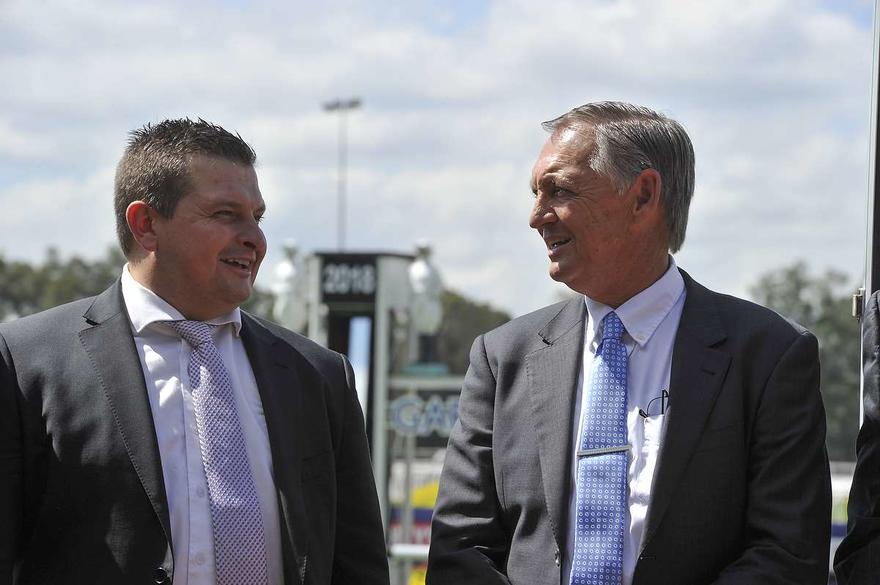 Paul Snowden previews some of the key Snowden runners heading towards the Scone Cup Carnival and Brisbane Winter Carnival.

PLOT TWIST (Kia Ora Stud BM 80 Handicap 2200m) – He heads to Scone second up over 2200m, and ran super the other day at Randwick first up in the Anzac Cup over 1800, so I wouldn’t be surprised to see him run extremely well on a big track again.

BOOROOJ (Emirates Park Denise’s Joy Stakes 1100m) - She’s a quality filly that’s been a bit misread at vital times during her preparation. Things haven’t gone quite right in her races as such, but we’re obviously after black type and off a strong last start win at Kembla, she’s in the mix.

NANCY (Coolmore Dark Jewel Classic 1400m) – Things didn’t fall right for Nancy last time out at Hawkesbury but hopefully she bounces back on a bigger track and can draw a good barrier this time.

MOSS TRIP (Inglis 3YO Scone Guineas 1400m) - She did an extremely massive job to win the James Carr Stakes at Randwick on All Aged Stakes Day from an impossible position. She has every chance in this.

ASSIMILATE (Inglis 3YO Scone Guineas 1400m) – He’s coming off a short freshen from the ATC Carbine Club over the mile. He’ll be better suited back to the stronger tempo of 1400.

GRANDE RUSSO (Arrowfield Stud Ortensia Stakes 1100m) – This six-year-old sprinter is a new comer to the stable. Won his trial on April 24 and should acquit himself well.

ICON OF DUBAI & CALIFORNIA TURBO (Rough Habit Plate 2000m) - Both horses are taking on the 2000 metres for the first time. If they run out the distance strongly, it warrants a crack at the Queensland Derby, so it’s important they run well. If they don’t get the 2000 they can always come back to a mile in the Sunshine Coast Guineas.