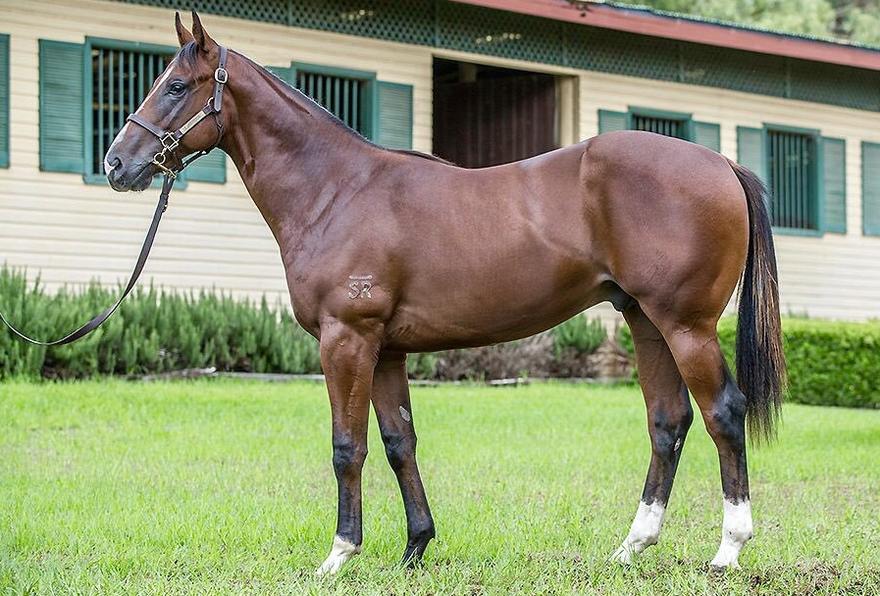 The most expensive yearling by Written Tycoon ever sold, regally named two- year-old colt King shed maiden status at Newcastle on Tuesday [May 8] with a comfortable victory.

Prepared by Peter and Paul Snowden, King was sporting the James Harron Bloodstock colours and always looked to have the race in his keeping.

Sent out favourite, he raced up on the pace and forged clear to win the 900 metre juvenile maiden by a couple of lengths at his fourth start.

King finished second at his first run back from a spell last month at Gosford behind the very promising Sebring filly Pretty in Pink, who is nominated for the Listed Woodlands Stakes this Saturday in Scone, so it will be interesting to see how this form stands up.

King was a $1million Inglis Easter purchase from the Turangga Farm draft for James Harron Bloodstock and is the first foal of stakes-winning Elvstroem mare Brilliant Bisc, a daughter of Group 1 winner Stella Cadente from the famed Eau D'Etoile family that has produced Group 1 winners such as Bint Marscay, Filante, Bollinger and Benicio.

Brilliant Bisc produced a colt by Exosphere last year and was then covered by Flying Artie.