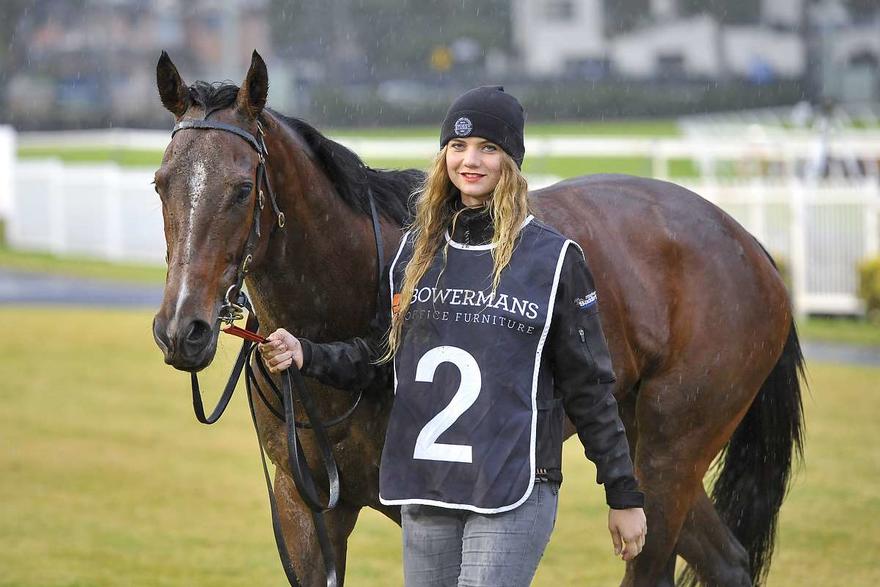 Peter Snowden enjoyed a sense of accomplishment after Secret Trail scored an overdue win in the Bright Shadow Quality at Doomben to bring up a stable double..

Secret Trail, ridden to victory by Ron Stewart, is in the twilight of her racing career and was brought to Queensland in the hope of claiming black-type success.

The Bright Shadow victory gave Secret Trail ($17) a win at Listed level when she held off Crystal Fountain ($11) to score narrowly with O'Rachael ($6.50) filling the minor placing.

It was the mare's first win since she scored on a heavy track at Canterbury in June last year.

"She's limited but she runs to her best and tries so hard," Snowden said.

"Ronnie gave her a perfect ride. He's ridden all around the world and I was pleased to have him aboard today because he has plenty of talent."

Secret Trail has been widely travelled in recent months, finishing second at the Gold Coast on Magic Millions day in January and was coming off an unplaced run at Caulfield at her previous start before winning the Bright Shadow.

"There's an old saying, the harder you try the more luck you get and to her credit she always runs well but often draws bad gates or gets on the wrong part of the track," Snowden said.

"You need everything to go right with these types of horses and today she got a gun run and Ronnie rode her to her strengths because she's only got a short, sharp sprint."

Snowden said Secret Trail will be retired to stud next season but he plans to run her again during the winter carnival before her career ends.