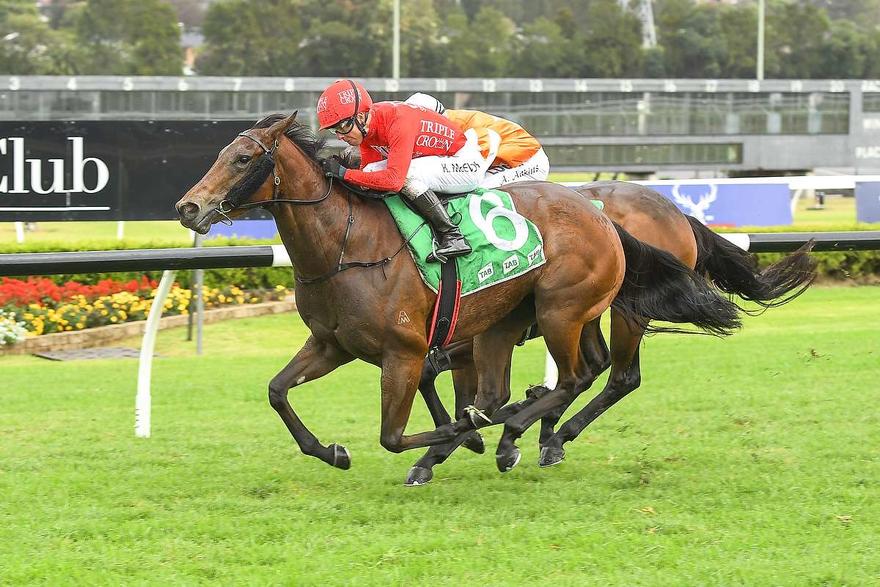 Team Snowden has always had a high opinion of Misteed and she delivered for them at Canterbury on Wednesday and Paul Snowden said there was more to come this preparation.

After winning the two-year-olds’ race, Snowden said Misteed would now head to a Saturday race in a few weeks.

“Her next start will be a telling factor,” Snowden said. “If she wins and wins really well we might give her a break and look for something in the spring.

“I think she’ll go to Saturday grade now. It’s not beyond her. She’s going to improve fitness-wise because she wasn’t fully screwed down so there’s still something in the locker.”

She ended her first preparation with an 11th place finish in the Group 3 Widden Stakes but has returned from a break a much more confident horse.

She didn’t have a lot of early speed but jockey Kerrin McEvoy pushed her up along the rail where she saved plenty of ground. He took a little while to get clear running but once he did the filly surged clear to defeat Ljungberg by a quarter-of-a-length.

“She wasn’t in the ideal position but on these heavy tracks you’ve got to be travelling where you can finish off and also travel in the run to help them finish it off and that’s what Kerrin did,” Snowden said.

“I know we pinched all the favours up the fence but she still had to push her way out. She’s still very new in herself and that’s what probably brought her undone at her first preparation.

“When in those sticky situations she didn’t know how to push through and put herself into the race so it was pleasing to see her do it and get out late.”