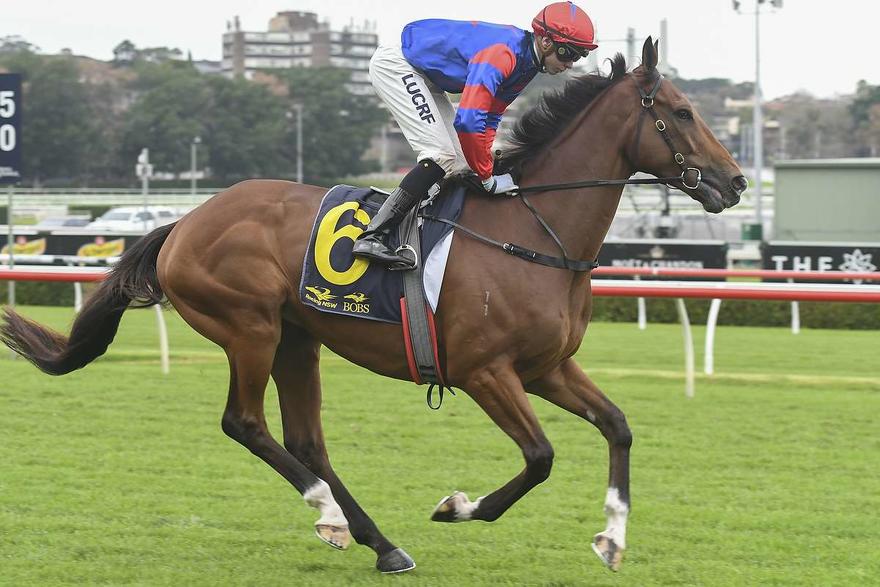 Adkins finally had reason to smile again after being involved in a car accident on Wednesday where his car was badly damaged but fortunately no one was injured.

Then later that same day, Adkins learned of the passing of his grandfather, Ron Adkins, a former Port Macquarie trainer.

“It has been a very average week — but I could tell someone was riding with me to get Plot Twist home,’’ Adkins said.

After slogging through the marathon 3200m in the Randwick mud, only a short half head separated Plot Twist and Doukhan in a memorable $100,000 Stayer’s Cup.

The two tough geldings drew clear of their rivals and went stride for stride from the top of the straight before Plot Twist found a way to edge ahead of Doukhan.

This was a memorable staying contest and the spectacle drew praise from winning owner Greg Kolivos, famous for racing champion Pierro, the 2012 Golden Slipper winner.

“It was a great race to watch,’’ Kolivos said.

“When it rained and the track was heavy like this, I was pretty confident.

“Plot Twist is a two-mile horse, he is probably a two-and-a-half mile horse to be honest.

“Peter (Snowden) had him perfect for today. I wish there was more 3200m for him. We might have to come back for this race next year.’’

“He is not a hard horse to ride but to get the best out of him you have to ride him a certain way and Andrew rode him so well,’’ Snowden said.

Plot Twist was given the run of the race by Adkins before he took the stayer to the lead on the home turn only to be challenged almost immediately but Doukhan.

“He settled well, which was the main thing, and he appreciates heavy tracks,’’ Adkins said. “He could go around again, he is that tough. The second horse was not going to get past him.’’

Plot Twist scored his second successive win in the Stayer’s Cup and Snowden lamented the lack of 3200m races for the gelding.

“All preparation we have been looking at this race because he needs 3200m to show his best,’’ Snowden said. “Although his lead-up runs haven’t been crash hot, there has been merit in them.

“The jockeys who have ridden him have come saying they had trouble pulling him up. This horse stays all day, we always knew two miles was his go and he doesn’t mind a wet track.

“I wish he had a better turn of foot and we could aim higher but he is so dour. Even in mile-and-a-half races (a2400m) when they sprint they drop him and he loses his action. There are not many 3200m races around these days so we might have to come back here next year.’’

Destiny’s Kiss, the 2014 Stayer’s Cup winner, had to concede all his rivals 8kg and jockey Jay Ford said that proved telling over the final 400m.

“The weight was the difference on the heavy track but he kept trying very hard,’’ Ford said.