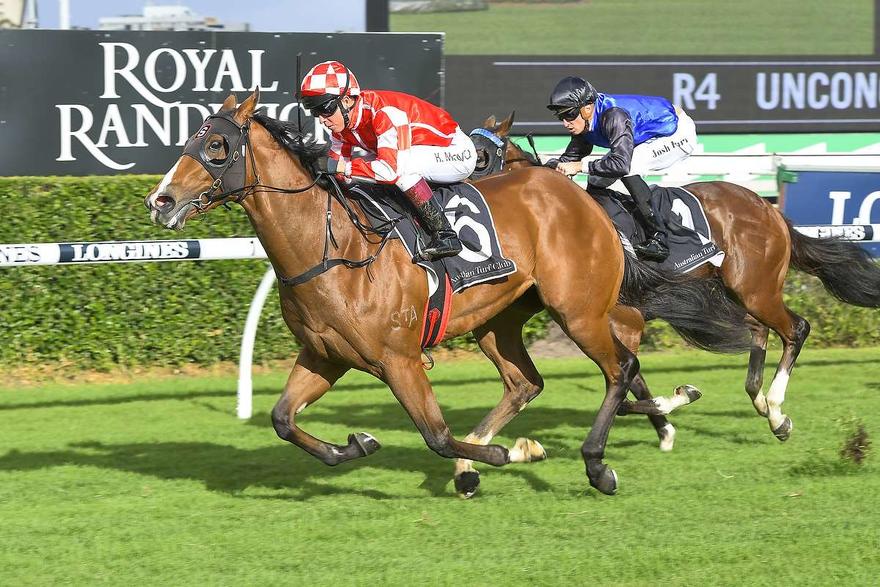 “All he wants to do is please you”.

King’s Trust lived up to his trainer’s assessment when hitting the line hard to win the Unconquered 2YO Maiden Handicap (1100m).

The Peter and Paul Snowden-trained colt relished a strong gallop and with the benefit of race experience, let down powerfully in the straight to score running away.

“All he’s done is just kept improving,” Peter Snowden, who trains in partnership with his father Peter, told Sky Racing.

“Every trial has been different, he’s improved off the back of each of them. Here today with a run under his belt he had a bit more of an idea of what he had to do as well.

“This time in has been all about getting him to learn his trade. The way he hit the line late he’ll definitely get to seven furlongs.

King’s Trust ($7) defeated the $2.45 favourite Canyonero by a length with 1-1/4 lengths back to the fast finishing debutante Unguarded ($13) which caught the eye getting home down the centre from last.

King’s Trust’s win gave jockey Kerrin McEvoy a double for the day after scoring in the previous race aboard Dealmaker.

The newly-built Kensington track was designed to cope with Sydney’s erratic coastal weather and so far so good.

The Kensington track hosted it’s second meeting on the Queen’s Birthday public holiday and it was its first real test – coming through the seven-race card with flying colours.

More than 120mm of rain had fallen on the surface in the week leading up to Monday.

The track was rated a heavy (8) on Monday morning, before the first it was upgraded to a soft (7) and after the opening race, another upgrade followed with the track rated a soft (6).